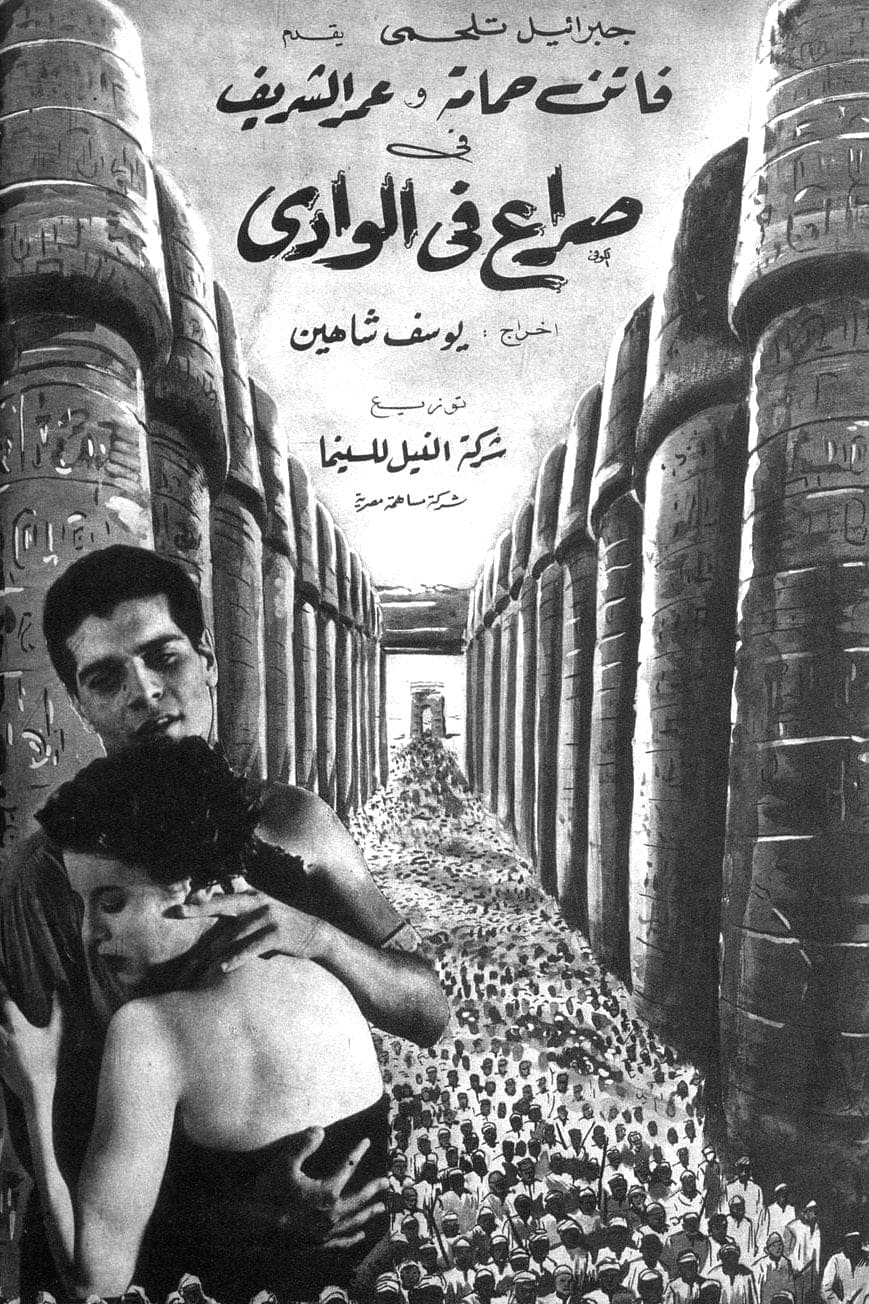 A rich landlord destroys a village to prevent the people living there from making a profit off their crops. He doesn't know that his daughter is in love with a young man from the village.

Currently The Blazing Sun full movie is available for streaming online, rent, buy or watch for free on: Netflix

The Blazing Sun listen (Arabic: صراع في الوادي, Ṣira‘ Fī al-Wādī) is a 1954 Egyptian romance drama film directed by Youssef Chahine and written by Helmy Halim and Ali El Zorkani. It stars Omar Sharif and Faten Hamama. This was the first film role that Omar Sharif played. In 1996, during the Egyptian Cinema centennial, this film was selected one of the best 150 Egyptian film productions. It was presented in the 1954 Cannes Film Festival under the name The Blazing Sky. It was a box office hit in the Soviet Union, where it sold 25.8 million tickets in 1956.