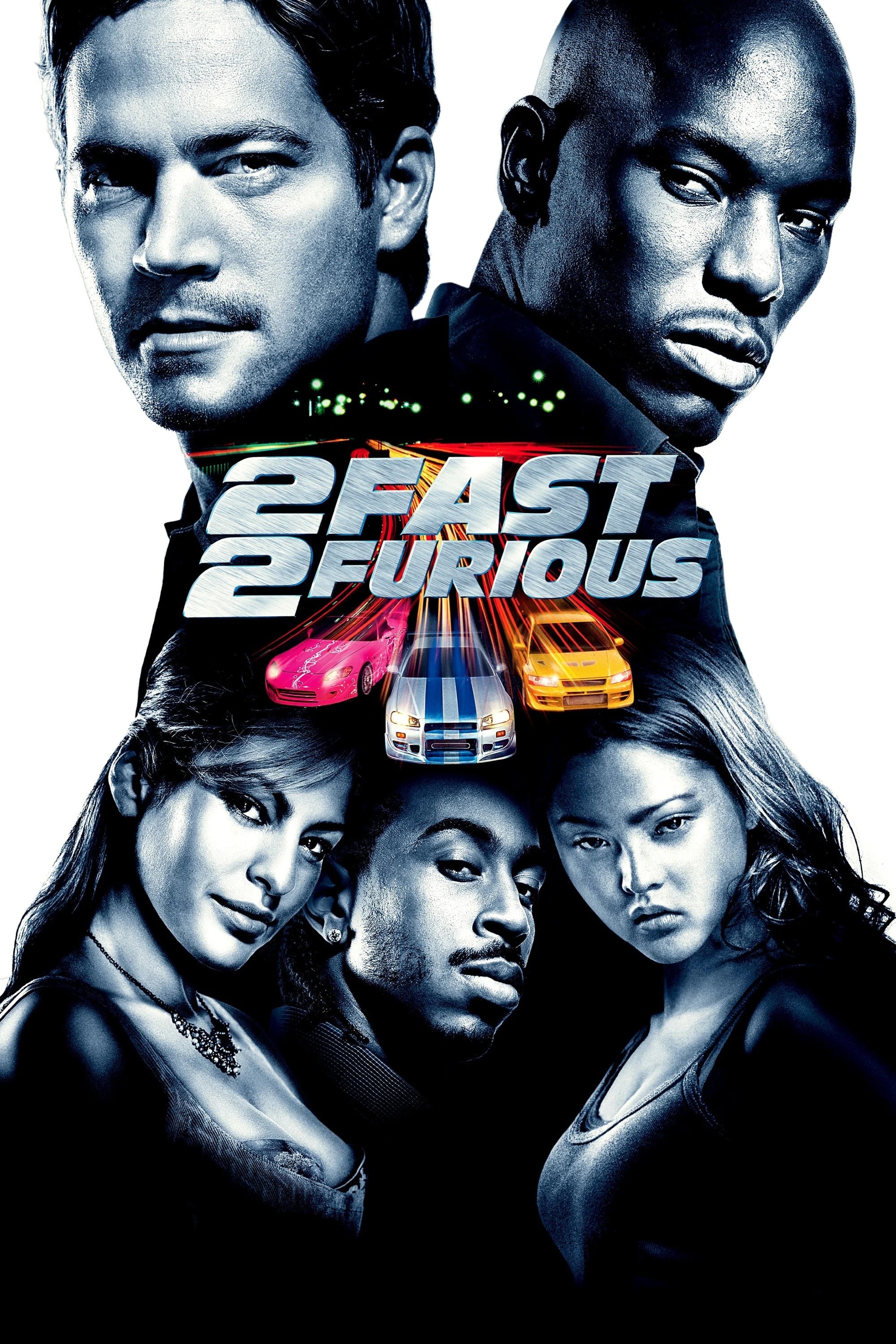 It's a major double-cross when former police officer Brian O'Conner teams up with his ex-con buddy Roman Pearce to transport a shipment of "dirty" money for shady Miami-based import-export dealer Carter Verone. But the guys are actually working with undercover agent Monica Fuentes to bring Verone down.

2 Fast 2 Furious is a 2003 action film directed by John Singleton from a screenplay by Michael Brandt and Derek Haas, from a story by Brandt, Haas, and Gary Scott Thompson. It is the sequel to The Fast and the Furious (2001), and is the second installment in the Fast & Furious franchise, which stars Paul Walker as Brian O'Conner alongside Tyrese Gibson and Eva Mendes. In the film, ex-LAPD officer Brian O'Conner and his friend Roman Pearce (Gibson) go undercover for the U.S. Customs Service to apprehend a drug lord in exchange for the erasure of their criminal records.

A second Fast & Furious film was planned immediately after the theatrical release of its predecessor in 2001, and was confirmed with the returns of Walker and producer Neal H. Moritz. Vin Diesel and Rob Cohen, the co-star and director of the first film, were unable to return; Gibson and Singleton joined the cast in their absence in 2002. To canonically account for Diesel's departure, the short film The Turbo Charged Prelude for 2 Fast 2 Furious (2003) was produced and released. Principal photography for 2 Fast 2 Furious commenced in September 2002 and lasted until that December, with filming locations including Miami and the surrounding areas in southern Florida.2 Fast 2 Furious premiered at the Universal Amphitheatre on June 3, 2003, and was theatrically released worldwide by Universal Pictures on June 6. The film received negative reviews from critics, with criticism for its screenplay and lack of originality, but received some praise for its lighthearted tone. 2 Fast 2 Furious was a box office success, grossing over $236 million worldwide, making it the 17th highest-grossing film of 2003 and the then-highest grossing film in the franchise. The standalone sequel film, The Fast and the Furious: Tokyo Drift, was released in 2006.

The Fast and the Furious Collection.

Transformers: Revenge of the Fallen (2009)