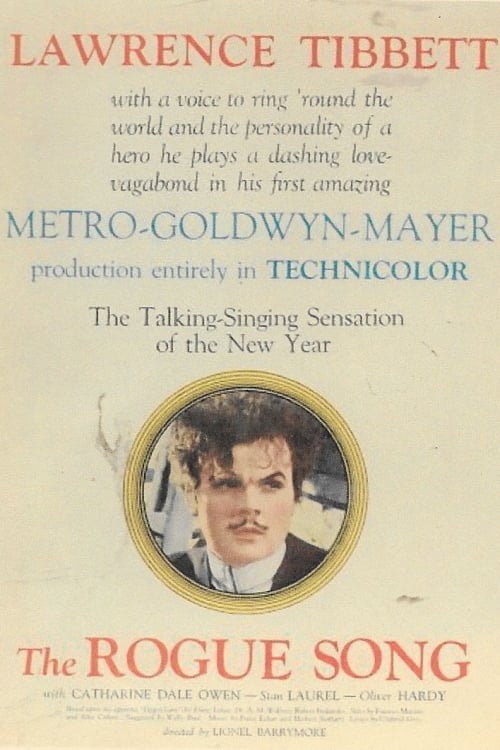 In czarist Russia, a princess falls for a dashing bandit leader, but their romance proves a stormy one.

The Rogue Song is a Pre-Code 1930 romantic and musical film that tells the story of a Russian bandit who falls in love with a princess, but takes his revenge on her when her brother rapes and kills his sister. The Metro-Goldwyn-Mayer production was directed by Lionel Barrymore and released in two versions, with and without sound. Hal Roach wrote and directed the Laurel and Hardy sequences and was not credited. The film stars Metropolitan Opera singer Lawrence Tibbett—who was nominated for an Academy Award for Best Actor for his performance—and Catherine Dale Owen. Laurel and Hardy were third-billed; their sequences were filmed at the last minute and interspersed throughout the film in an attempt to boost its potential box-office appeal.This film, MGM's first all-talking Technicolor film, is partially lost as there are no known complete prints of this film. Fragments do exist.