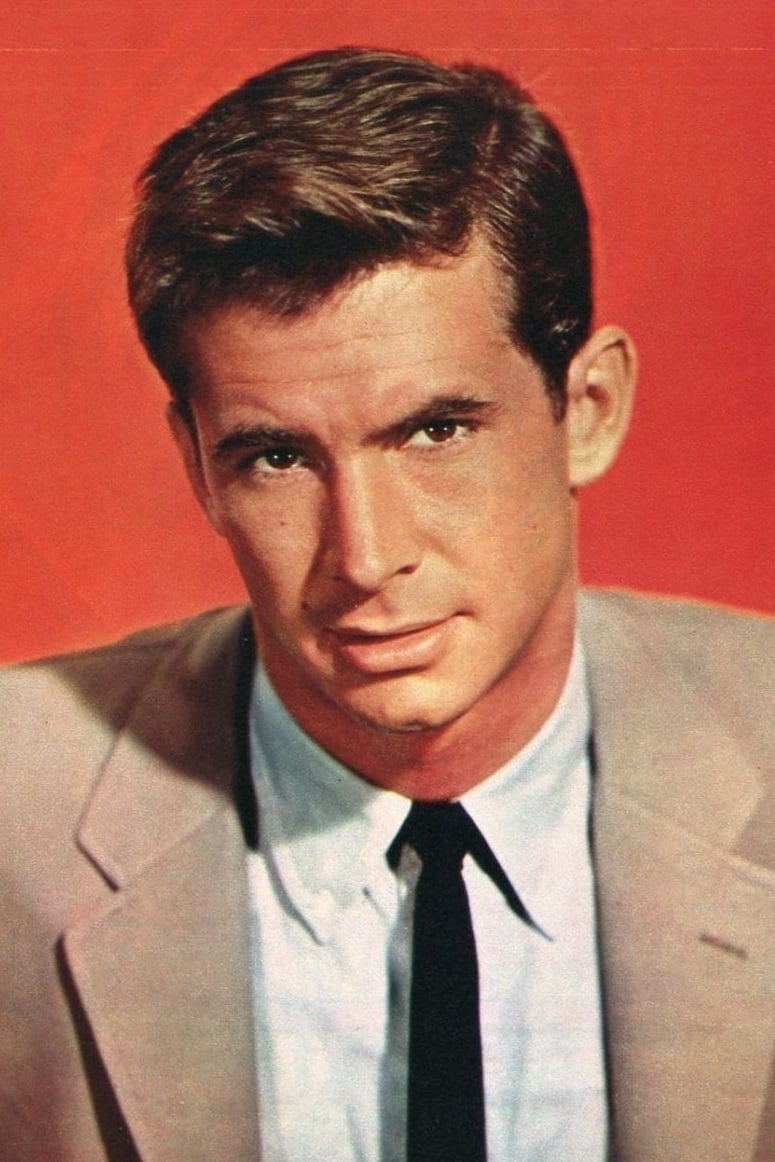 Anthony Perkins (April 4, 1932 – September 12, 1992) was an American actor, director, and singer. Perkins is best remembered for his role as Norman Bates in Alfred Hitchcock's suspense thriller Psycho, which made him an influential figure in pop culture and in horror films. He often played distinctive villainous roles in film, though he was most renowned for his romantic leads. Perkins represented an era of vulnerable actors who straddled the line between masculinity and femininity, and he distinguished himself by playing unconfident characters.

Born in New York City, Perkins got his start as an adolescent in summer stock programs, although he acted in films before he set foot on a professional stage. His first film, The Actress, costarring Spencer Tracy and Jean Simmons and directed by George Cukor, was a disappointment save for an Oscar nod for its costumes, and Perkins returned to the boards instead. He made his Broadway debut in the Elia Kazan-directed Tea and Sympathy where he played Tom Lee, a "sissy" cured by the right woman. He was praised for the role, and after it closed, he turned to Hollywood once more, starring in Friendly Persuasion (1956) with Gary Cooper and Dorothy McGuire, which earned him the Golden Globe Award for Best New Actor of the Year and a nomination for the Academy Award for Best Supporting Actor. Rushes of the film led to Perkins landing a seven-year, semi-exclusive contract with Paramount Pictures. He was their last matinee idol.

Although Friendly Persuasion earned him much praise, Perkins solidified himself as a powerful actor in Fear Strikes Out the following year, which caused many to name him "the next James Dean" and "the greatest American actor under thirty." However, Paramount was more concerned with heterosexualizing Perkins's image, which led to a string of romantic roles alongside Audrey Hepburn, Sophia Loren, and Shirley MacLaine. He was able to score the occasional serious role in the Broadway play Look Homeward, Angel (for which he was nominated for a Tony Award) and the 1959 film On the Beach with Gregory Peck, Fred Astaire, and Ava Gardner. Although he was once again cast as a romantic lead in Jane Fonda's film debut, Tall Story, he was shortly thereafter cast as Norman Bates in Alfred Hitchcock's Psycho (1960), which established him as a horror icon and garnered him a Bambi Award nomination for Best Actor, as well as both a Best Actor nomination and a win from the International Board of Motion Picture Reviewers. His acclaimed work in the 1960 horror-thriller also led to his being typecast, and in order to escape the same villainous roles, as well as the brutal homophobia he was being subjected to, Perkins bought himself out of his Paramount contract and fled to France, where he debuted in European film with Goodbye Again (1961). Even when paired with Oscar-winning actress Ingrid Bergman, he still distinguished himself as a talented performer, and the film earned him a Best Actor Bravo Otto nomination, a second career Bambi nomination, as well as his winning the Cannes Film Festival Award for Best Actor and a Best Actor David di Donatello award.

After a string of European films featuring the likes of Sophia Loren, Orson Welles, Melina Mercouri, and Brigitte Bardot, Perkins returned to America in 1968 with his first American film after an eight-year hiatus, Pretty Poison. He costarred with Tuesday Weld, and the film became a cult classic. In the film's wake, he starred in numerous commercially and critically successful films, such as Catch-22 (1970), Play It as It Lays (1972), Murder on the Orient Express (1974), and Mahogany (1975), the latter of which broke box-office attendance records. During this time, Perkins went through conversion therapy and married Berry Berenson in 1973. He also conceded to typecasting, starring in Psycho II (1983), Psycho III (1986) and Psycho IV: The Beginning (1990). His turn in the 1986 entry of the anthology earned Perkins a Saturn Award nomination for Best Actor. Additionally, he was involved in numerous television excursions. His last film, In the Deep Woods, was a television film broadcast a month after his death in September 1992 from AIDS-related causes.

Magician: The Astonishing Life and Work of Orson Welles (2014)