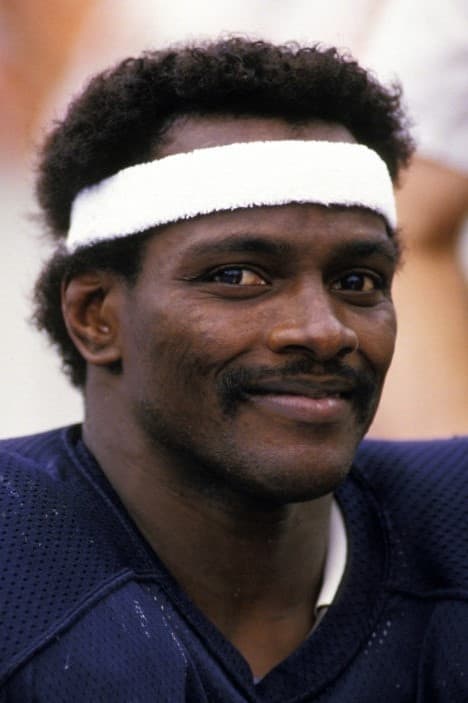 Walter Jerry Payton (July 25, 1953 – November 1, 1999) was an American football running back who played in the National Football League (NFL) for 13 seasons with the Chicago Bears. He is widely regarded as one of the greatest football players of all time. A nine-time Pro Bowl selectee, Payton is remembered as a prolific rusher, once holding records for career rushing yards, touchdowns, carries, yards from scrimmage, all-purpose yards, and many other categories. Payton also retired with the most receptions by a non-receiver, and he had eight career touchdown passes.

He was elected into the Pro Football Hall of Fame in 1993, the Mississippi Sports Hall of Fame that same year, and the College Football Hall of Fame in 1996. He was named to the NFL 75th Anniversary All-Time Team in 1994 and the NFL 100th Anniversary All-Time Team in 2019. Hall of Fame NFL player and coach Mike Ditka described Payton as the greatest football player he had ever seen—but even greater as a human being.Payton began his football career in Mississippi and went on to have an outstanding collegiate football career at Jackson State University, where he was an All-American. He started his professional career with the Chicago Bears in 1975, who selected him with the 1975 Draft's fourth overall pick. Payton proceeded to win the 1977 AP NFL Most Valuable Player Award and won Super Bowl XX with the 1985 Chicago Bears. He retired from football at the end of the 1987 season having rushed for at least 1,200 yards in 10 of his 13 seasons in the NFL (with two of those thirteen being lockout-shortened seasons).

After struggling with the rare liver disease primary sclerosing cholangitis for several months, Payton died on November 1, 1999, from cholangiocarcinoma at the age of 46. His legacy includes being the namesake of the Walter Payton Man of the Year Award, Walter Payton Award, and a heightened awareness of the need for organ donations.