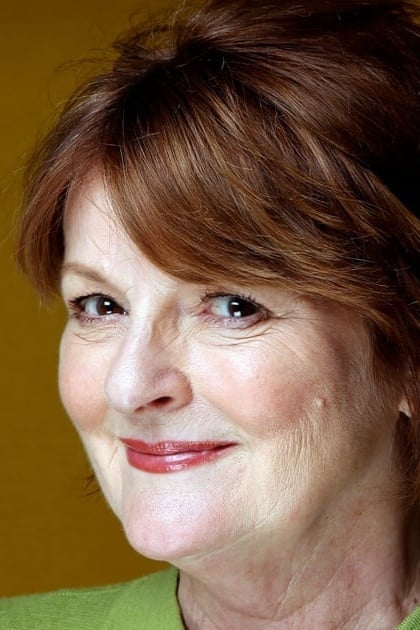 Brenda Blethyn (née Bottle; 20 February 1946) is an English actress. She is the recipient of several accolades, including a Golden Globe, a BAFTA, a Cannes Film Festival Award for Best Actress, and two Academy Award nominations.

Blethyn pursued an administrative career before enrolling in the Guildford School of Acting in her late 20s. She subsequently joined the Royal National Theatre and gained attention for her performances in Troilus and Cressida (1976), Mysteries (1979), Steaming (1981), and Benefactors (1984), receiving an Olivier nomination for the latter.

In 1980, Blethyn made her television debut in Mike Leigh's Grown-Ups. She later won leading roles on the short-run sitcoms Chance in a Million (1984–1986) and The Labours of Erica (1989–1990). She made her big-screen debut with a small role in Nicolas Roeg's 1990 film adaptation of Roald Dahl's The Witches. She experienced a major career breakthrough with her leading role in Mike Leigh's 1996 drama Secrets & Lies, for which she received multiple awards, including Best Actress at Cannes, a BAFTA, a Golden Globe, and an Academy Award nomination. She earned her second Academy Award nomination two years later, for her performance in Little Voice (1998).

Blethyn has since appeared in a range of big-budget and independent features, including Girls' Night, Music from Another Room, Night Train (all 1998), Saving Grace (2000), Lovely and Amazing (2001), Pumpkin, Sonny, Plots with a View (all 2002), Beyond the Sea, A Way of Life (both 2004), Pride & Prejudice (2005), Clubland, and Atonement (both 2007). In addition, she has continued to appear frequently on television, in productions such as Anne Frank: The Whole Story (2001) and War and Peace (2007). Since 2011, she has played the title role of DCI Vera Stanhope in the British crime drama series Vera.

The New Adventures of Old Christine (2006)

Awards
Officer of the Order of the British Empire, Theatre World Award, BAFTA Award for Best Actress in a Leading Role, Agatha Award