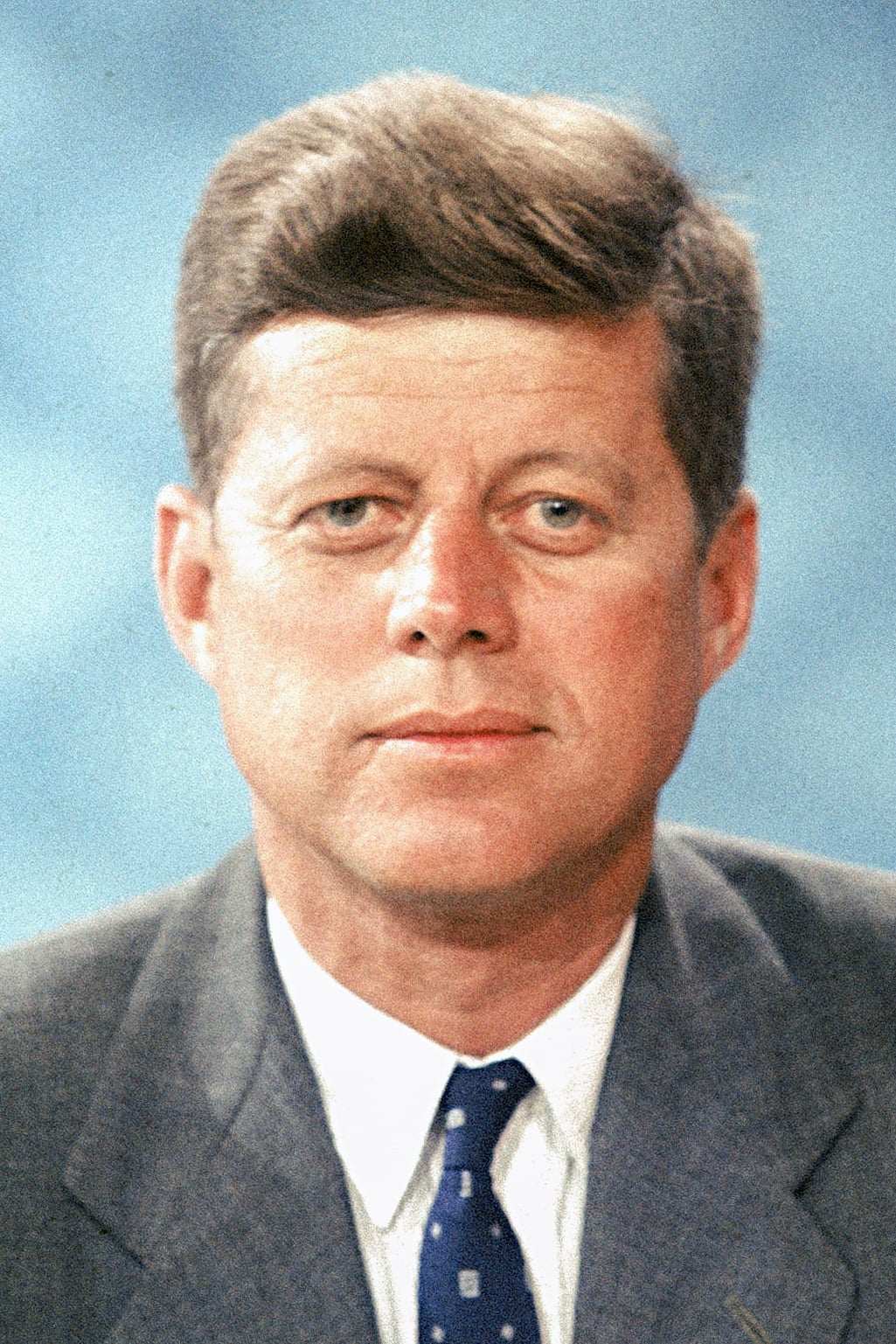 John Fitzgerald Kennedy (May 29, 1917 – November 22, 1963), often referred to by his initials JFK and the nickname Jack, was an American politician who served as the 35th president of the United States from 1961 until his assassination near the end of his third year in office. Kennedy was the youngest person to assume the presidency by election. He was also the youngest president at the end of his tenure. Kennedy served at the height of the Cold War, and the majority of his work as president concerned relations with the Soviet Union and Cuba. A Democrat, he represented Massachusetts in both houses of the U.S. Congress prior to his presidency.

Born into the prominent Kennedy family in Brookline, Massachusetts, Kennedy graduated from Harvard University in 1940 before joining the U.S. Naval Reserve the following year. During World War II, he commanded a series of PT boats in the Pacific theater. Kennedy's survival of the sinking of PT-109 and rescue of his fellow sailors made him a war hero for which he earned the Navy and Marine Corps Medal, but left him with serious injuries. After a brief stint in journalism, Kennedy represented a working-class Boston district in the U.S. House of Representatives from 1947 to 1953. He was subsequently elected to the U.S. Senate and served as the junior senator for Massachusetts from 1953 to 1960. While in the Senate, Kennedy published his book, Profiles in Courage, which won a Pulitzer Prize. In the 1960 presidential election, he narrowly defeated Republican opponent Richard Nixon, who was the incumbent vice president. Kennedy's humor, charm, and youth in addition to his father's money and contacts were great assets in his campaign. Kennedy's campaign gained momentum after the first televised presidential debates in American history. He was the first Catholic elected president.

Kennedy's administration included high tensions with communist states in the Cold War. As a result, he increased the number of American military advisers in South Vietnam. The Strategic Hamlet Program began in Vietnam during his presidency. In April 1961, he authorized an attempt to overthrow the Cuban government of Fidel Castro in the failed Bay of Pigs Invasion. In November 1961, he authorized the Operation Mongoose, also aimed at removing the communists from power in Cuba. He rejected Operation Northwoods in March 1962, but his administration continued to plan for an invasion of Cuba in the summer of 1962. The following October, U.S. spy planes discovered Soviet missile bases had been deployed in Cuba; the resulting period of tensions, termed the Cuban Missile Crisis, nearly resulted in the breakout of a global thermonuclear conflict. He also signed the first nuclear weapons treaty in October 1963. Kennedy presided over the establishment of the Peace Corps, Alliance for Progress with Latin America, and the continuation of the Apollo program with the goal of landing a man on the Moon before 1970. He also supported the civil rights movement but was only somewhat successful in passing his New Frontier domestic policies.

On November 22, 1963, Kennedy was assassinated in Dallas. His vice president, Lyndon B. Johnson, assumed the presidency upon Kennedy's death. Lee Harvey Oswald, a former U.S. Marine, was arrested for the assassination, but he was shot and killed by Jack Ruby two days later. The FBI and the Warren Commission both concluded Oswald had acted alone. After Kennedy's death, Congress enacted many of his proposals, including the Civil Rights Act of 1964 and the Revenue Act of 1964. Despite his truncated presidency, Kennedy ranks highly in polls of U.S. presidents with historians and the general public. His personal life has also been the focus of considerable sustained interest following public revelations in the 1970s of his chronic health ailments and extramarital affairs. Kennedy is the most recent U.S. president to have died in office.

The Mystery of Marilyn Monroe: The Unheard Tapes (2022)

JFK Revisited: Through the Looking Glass (2021)

The Kennedy Who Changed The World (2019)

The Newspaperman: The Life and Times of Ben Bradlee (2017)

How the Beatles Changed the World (2017)

Meet the Trumps: From Immigrant to President (2017)

Andrew Cohen on Crisis and Its Outtakes (2016)

Newsflash: Stories That Stopped the World (2013)

The Man Nobody Knew: In Search of My Father, CIA Spymaster William Colby (2011)

The Lost JFK Tapes: The Assassination (2009)

Thank You, Mr. President: Helen Thomas at the White House (2008)

A President to Remember: In the Company of John F. Kennedy (2008)

RFK Must Die: The Assassination of Bobby Kennedy (2007)

Evidence of Revision: The Assassination of America (2006)

TV Show
Self - President of the United States

Conquering Space: The Moon and Beyond (2005)

The Truth Behind the Moon Landings (2003)

Trinity and Beyond: The Atomic Bomb Movie (1995)

Superstar: The Life and Times of Andy Warhol (1990)

Movie
Self (with Everest mountaineers)

Movie
Self - US President (archive footage)

Movie
as Himself (archival)

Movie
Self - President of the United States of America (uncredited)

Movie
Self - President of the United States

Crisis: Behind a Presidential Commitment (1963)

Adventures on the New Frontier (1961)

Kennedy: One Family, One Nation

A Place in History