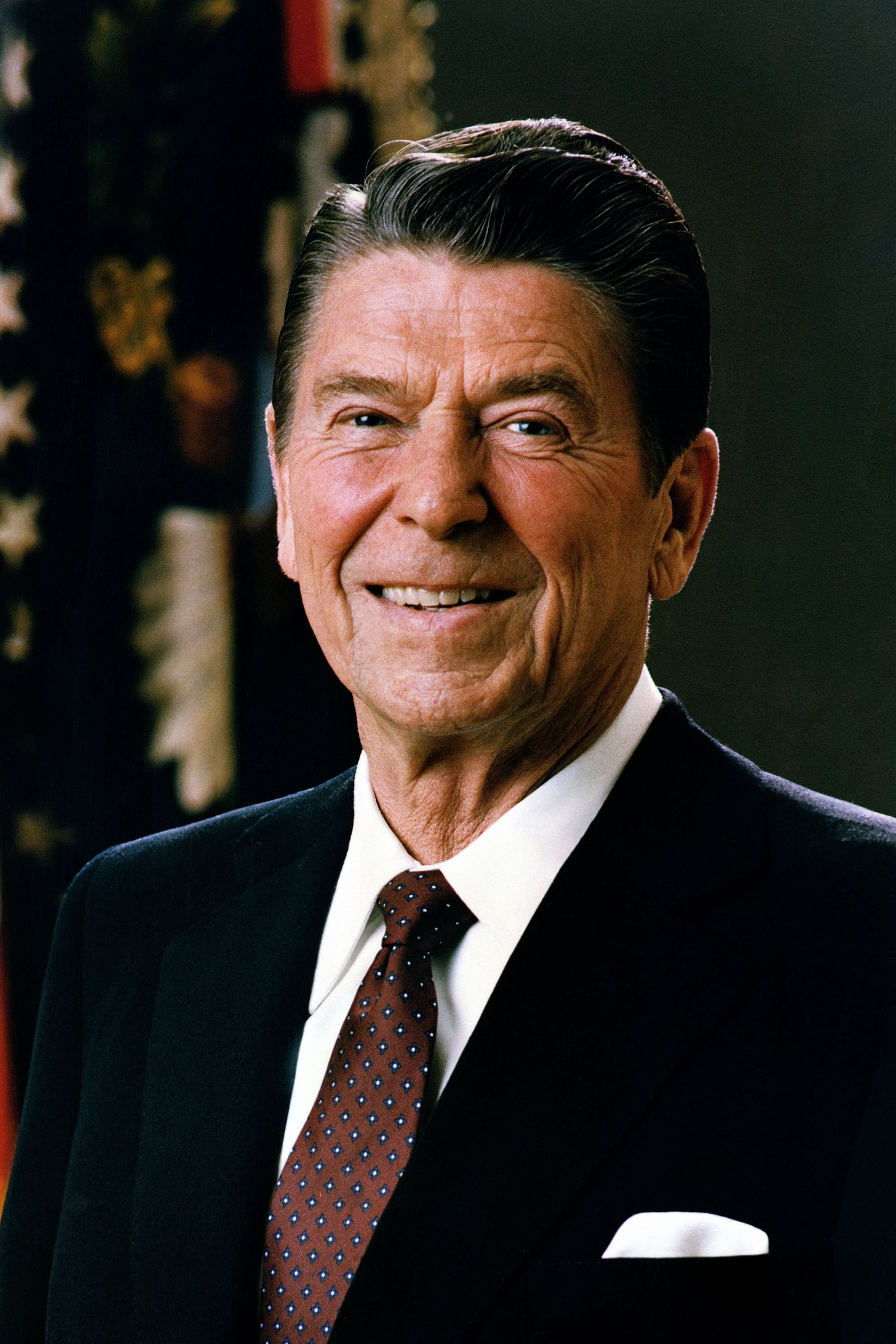 Reagan was born in Tampico, Illinois. He graduated from Eureka College in 1932 and began to work as a radio sports commentator in Iowa. In 1937, Reagan moved to California, where he found work as an actor and appeared in several major productions. From 1947 to 1952, Reagan served as president of the Screen Actors Guild, during which time he worked to root out alleged communist influence within it. In the 1950s, he moved to a career in television and became a spokesman for General Electric. From 1959 to 1960, he again served as president of the Screen Actors Guild. In 1964, his speech "A Time for Choosing"—a campaign speech on behalf of Republican presidential nominee Barry Goldwater—earned him national attention as a new conservative figure. Building a network of supporters, Reagan was elected as governor of California in 1966. During his governorship, he raised taxes, turned the state budget deficit into a surplus, challenged protesters at UC Berkeley, and ordered in National Guard troops during a period of protest movements.

After failed presidential bids in 1968 and 1976, challenging and nearly defeating sitting president Gerald Ford in the latter's Republican primaries, Reagan easily won the Republican nomination in the 1980 presidential election and went on to defeat incumbent Democratic president Jimmy Carter. At 69 years, 349 days of age at the time of his first inauguration, Reagan was the oldest person to assume the U.S. presidency. Reagan ran for reelection in the 1984 presidential election, in which he was opposed by the Democratic nominee Walter Mondale, who had previously served as vice president under Carter. Reagan defeated him in an electoral landslide, winning the most electoral votes of any U.S. president: 525 (97.6% of the 538 votes in the Electoral College). It was one of the most lopsided presidential elections in U.S. history.Early in his presidency, Reagan began implementing new political and economic initiatives. His supply-side economics policies—dubbed "Reaganomics"—advocated tax reduction, economic deregulation, and reduction in government spending. In his first term, he survived an assassination attempt, spurred the War on Drugs, invaded Grenada, and fought public-sector labor unions. Over his two terms, the economy saw a reduction of inflation from 12.5% to 4.4% and an average real GDP annual growth of 3.6%. Reagan enacted cuts in domestic discretionary spending, cut taxes, and increased military spending, which contributed to a near tripling of the federal debt. Foreign affairs dominated his second term, including the bombing of Libya, the Iran–Iraq War, the Iran–Contra affair, and the ongoing Cold War. In a speech in June 1987 at the Brandenburg Gate, four years after he publicly described the Soviet Union as an "evil empire", Reagan challenged Soviet General Secretary Mikhail Gorbachev to open the Berlin Wall. He transitioned Cold War policy from détente to rollback by escalating an arms race with the USSR while engaging in talks with Gorbachev. The talks culminated in the INF Treaty, which shrank both countries' nuclear arsenals.

When Reagan left office in 1989, he held an approval rating of 68%, matching those of Franklin D. Roosevelt and, later, Bill Clinton as the highest ratings for departing presidents in the modern era. His tenure constituted a realignment toward conservative policies in the United States known as the Reagan Era, and he is often considered a conservative icon. Evaluations of his presidency among historians and the general public place him among the upper tier of American presidents. Although he had planned an active post-presidency, Reagan disclosed in November 1994 that he had been diagnosed with Alzheimer's disease earlier that year. His public appearances became more infrequent as the disease progressed. Reagan died at his home in Los Angeles on June 5, 2004.

The Cars We Drove into Capitalism (2021)

Capital in the Twenty-First Century (2019)

The Road to Mass Incarceration (2018)

Movie
Self - President of the United States

A Night at the Movies: Hollywood Goes to Washington (2012)

The Man Nobody Knew: In Search of My Father, CIA Spymaster William Colby (2011)

Movie
Self - President of the United States (archive footage)

Thank You, Mr. President: Helen Thomas at the White House (2008)

The Trap: What Happened to Our Dream of Freedom (2007)

Faith of the Century: A History of Communism (1999)

Superstar: The Life and Times of Andy Warhol (1990)

Common Threads: Stories from the Quilt (1989)

Movie
(archive footage) as himself

Tyranny of the Status Quo: Beneficiaries (1984)

Tyranny of the Status Quo: Bureaucrats (1984)

Tyranny of the Status Quo: Politicians (1984)

The DuPont Show with June Allyson (1959)

She's Working Her Way Through College (1952)

Movie
Self - Mystery Guest / Self - Panelist

Recognition of the Japanese Zero Fighter (1943)