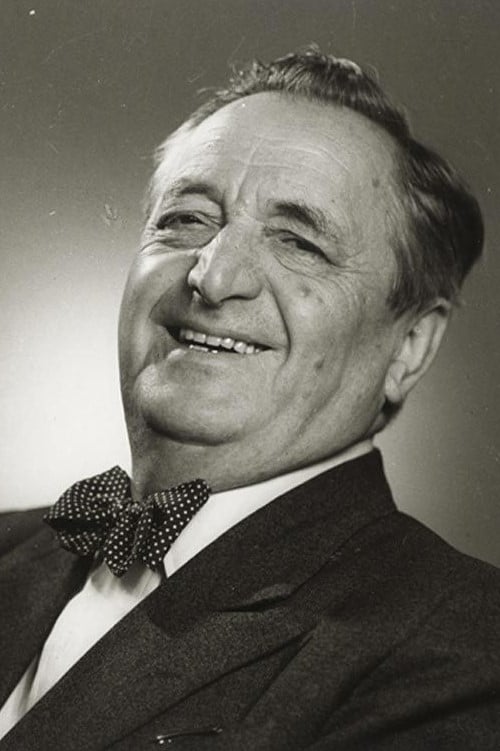 Hans Moser (6 August 1880 – 19 June 1964) was an Austrian actor who, during his long career, from the 1920s up to his death, mainly played in comedy films. He was particularly associated with the genre of the Wiener Film. Moser appeared in over 150 films. Born Johann Julier in Vienna, Moser very often portrayed the man in the street, typically someone else's subordinate – servant, waiter, porter, shopkeeper, coachman, petty bureaucrat, etc. Also always he played honest, moral and well-intentioned people who, unable to keep cool and think clearly in crucial situations, get themselves and everyone around them into trouble. As the father of a beautiful daughter – often widowed – he was the stubborn one who realizes only at the end of the movie, when all cases of mistaken identity have been cleared up and all secrets are revealed, that he has been terribly wrong all the time.

Moser was particularly known for mumbling indistinctly for comic effect rather than pronouncing words and sentences clearly, and also for failing to finish his sentences – which, combined with his moderate Viennese dialect, made it hard for non-native speakers of Austrian German to understand what he was saying.

In Moser's comedy films, Paul Hörbiger, Theo Lingen, Oskar Sima, and Annie Rosar were some of his congenial partners. However Moser was also a serious actor, especially on the stage and, towards the end of his life, on television. In many musical films, Moser can also be heard interpreting a Wienerlied, more likely than not at a Heuriger.

During the Nazi regime, Moser refused to divorce his Jewish wife Blanca Hirschler.Hans Moser died in Vienna in 1964, aged 83. His continuing popularity is attested to by the fact that his style of speaking is still being parodied, often by very young entertainers.

Three from the Gasoline Station (1955)

The Happiest Married Couple in Vienna (1937)