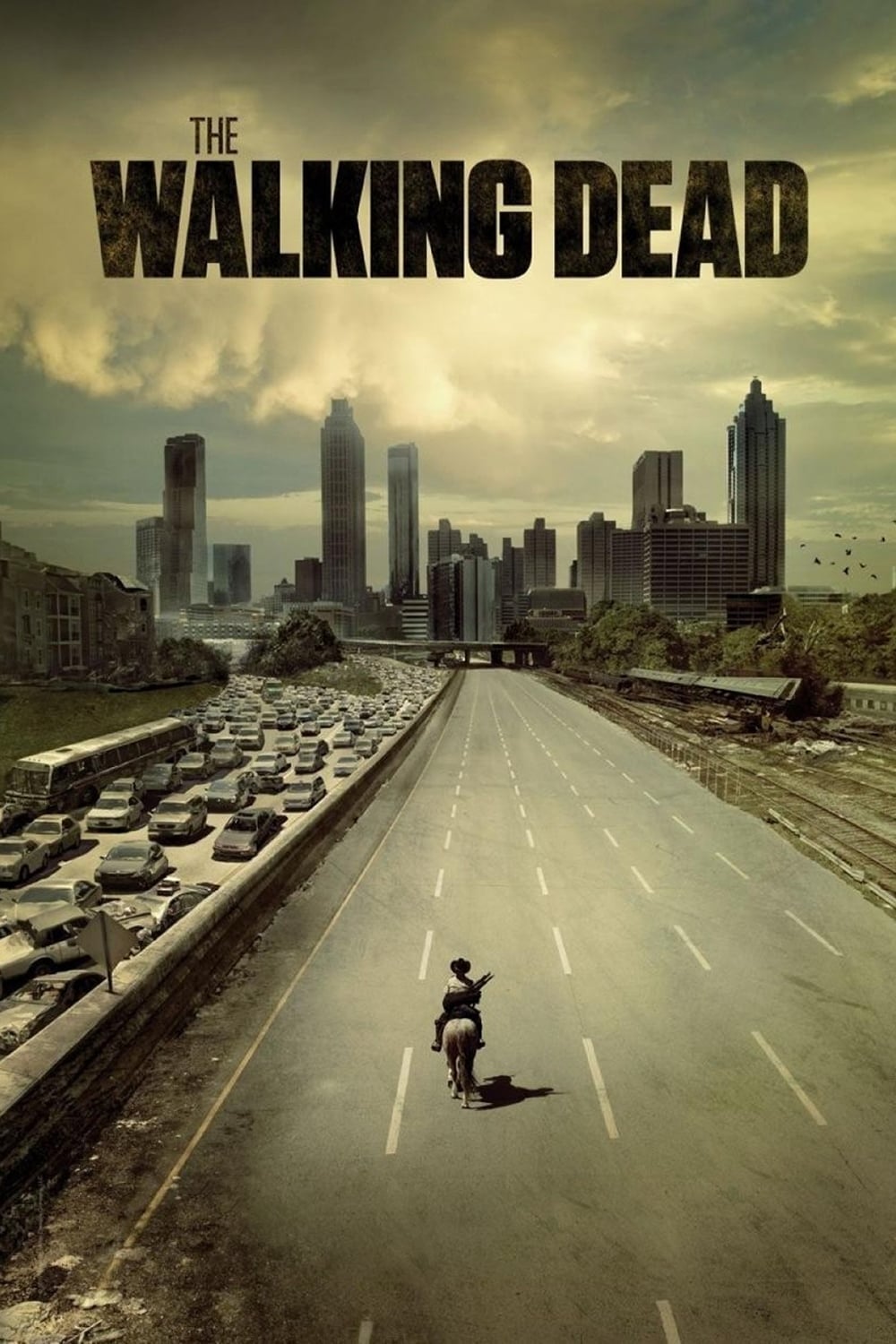 Sheriff's deputy Rick Grimes awakens from a coma to find a post-apocalyptic world dominated by flesh-eating zombies. He sets out to find his family and encounters many other survivors along the way.

The Walking Dead is an American post-apocalyptic horror television series based on the comic book series of the same name by Robert Kirkman, Tony Moore, and Charlie Adlard—together forming the core of The Walking Dead franchise. The series features a large ensemble cast as survivors of a zombie apocalypse trying to stay alive under near-constant threat of attacks from zombies known as "walkers" (among other nicknames). With the collapse of modern civilization, these survivors must confront other human survivors who have formed groups and communities with their own sets of laws and morals, sometimes leading to open, hostile conflict between them.

Andrew Lincoln played the lead character Rick Grimes until his departure in the ninth season. Other long-standing cast members have included Norman Reedus, Steven Yeun, Chandler Riggs, Melissa McBride, Lauren Cohan, Danai Gurira, Josh McDermitt, Christian Serratos, Seth Gilliam, Ross Marquand and Jeffrey Dean Morgan. The Walking Dead is produced by AMC Studios in the state of Georgia, with most filming taking place in the outdoor spaces of Riverwood Studios near Senoia, Georgia. The series was initially adapted from the comic by Frank Darabont, who also served as showrunner for the first season. However, conflicts between Darabont and AMC forced his departure from the series and resulted in multiple lawsuits by Darabont and others. Glen Mazzara, Scott M. Gimple, and Angela Kang served as subsequent showrunners.

The series premiered on October 31, 2010, and is exclusively broadcast on cable channel AMC in the United States and internationally through the Fox Networks Group and Disney+. The eleventh and final season premiered on August 22, 2021 and concluded on November 20, 2022. Beginning with its third season, The Walking Dead has attracted the most 18- to 49-year-old viewers of any cable or broadcast television series, though viewership has declined in later seasons. In addition, the series has been overall positively received by critics. It has been nominated for several awards, including the Golden Globe Award for Best Television Series – Drama and the Writers Guild of America Award for New Series.AMC has also expanded the series into related media, including the spin-off series Fear the Walking Dead (2015–present), and The Walking Dead: World Beyond (2020–2021), as well as several webisodes and video games. Four further spinoffs have been announced: two untitled series: one featuring Daryl and the other featuring Rick and Michonne, The Walking Dead: Dead City featuring Maggie and Negan, and an anthology series, Tales of the Walking Dead, to feature individual character backstories.