Discover
›
Popular Movies
›
The Chronicles of Narnia: The Lion, the Witch and the Wardrobe (2005)

The Chronicles of Narnia: The Lion, the Witch and the Wardrobe 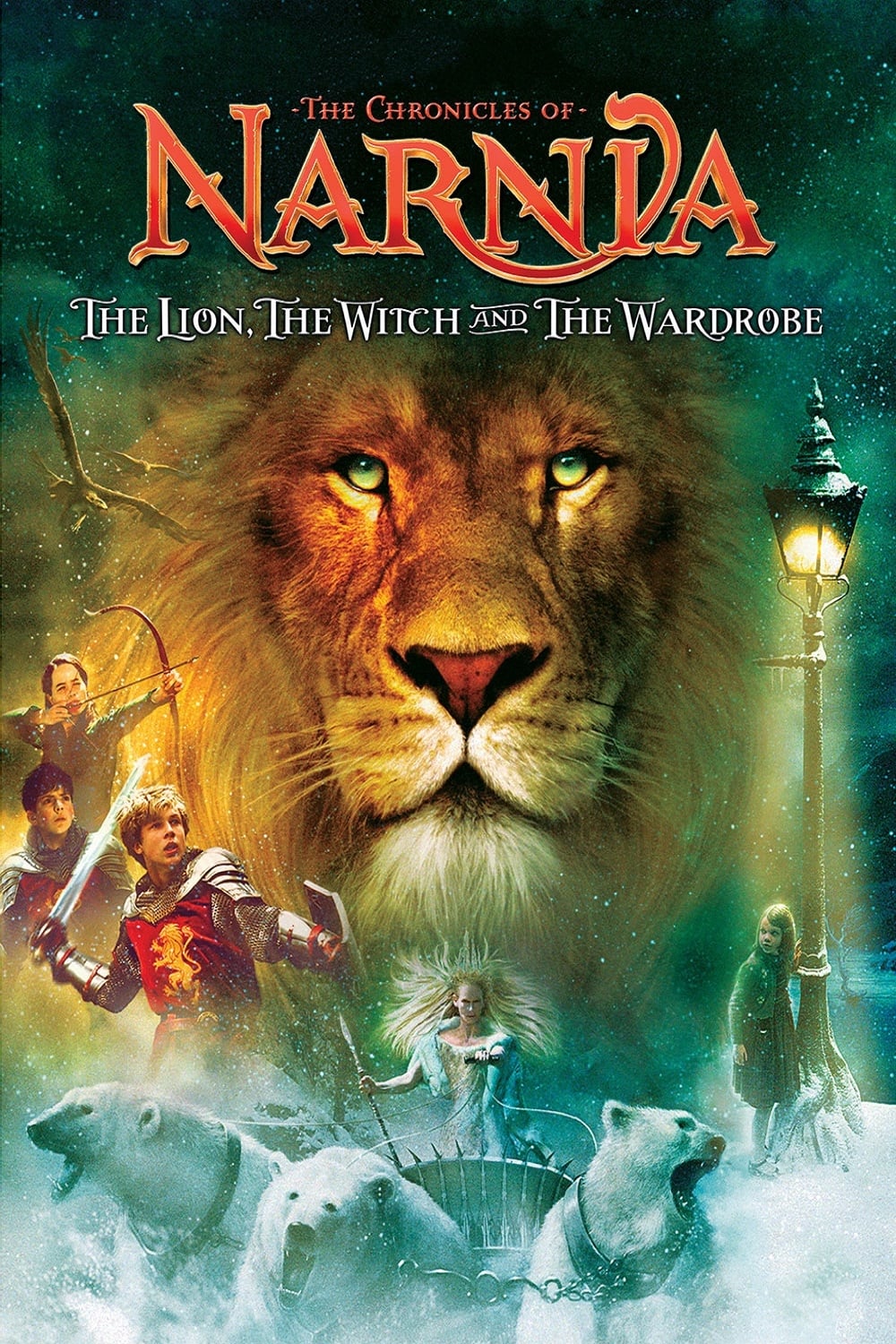 Siblings Lucy, Edmund, Susan and Peter step through a magical wardrobe and find the land of Narnia. There, they discover a charming, once peaceful kingdom that has been plunged into eternal winter by the evil White Witch, Jadis. Aided by the wise and magnificent lion, Aslan, the children lead Narnia into a spectacular, climactic battle to be free of the Witch's glacial powers forever.

William Moseley, Anna Popplewell, Skandar Keynes, and Georgie Henley play Peter, Susan, Edmund, and Lucy Pevensie, four British children evacuated during the Blitz to the countryside, who find a wardrobe that leads to the fantasy world of Narnia, where they ally with the lion Aslan (voiced by Liam Neeson) against the forces of the White Witch (Tilda Swinton).

The Chronicles of Narnia: The Lion, the Witch and the Wardrobe premiered on December 7, 2005, selected for the Royal Film Performance, before it was theatrically released on December 8 in the United Kingdom and December 9 in the United States. The film received generally positive reviews from critics. It was a box office hit, grossing more than $745 million worldwide against a $180 million budget and becoming the third-highest-grossing film of 2005. An extended edition was released on December 12, 2006, on DVD. Combining both releases of the film, in regular and extended edition, it was the third-best-selling and first-highest-grossing DVD in North America in 2006, taking in $332.7 million that year. At the 78th Academy Awards, the film won for Best Makeup and was nominated for Best Sound Mixing and Best Visual Effects, while at the 59th BAFTA Awards, it won for Best Makeup and Hair and was nominated for Best Costume Design and Best Special Visual Effects. The score was nominated for Best Original Score and the song "Wunderkind" by Alanis Morissette was nominated for Best Original Song at the 63rd Golden Globe Awards. The score was also nominated for Best Score Soundtrack Album for Motion Picture, Television or Other Visual Media and the song "Can’t Take It In" by Imogen Heap was nominated for Best Song Written For Motion Picture, Television or Other Visual Media at the 49th Grammy Awards.

The Lion, the Witch and the Wardrobe was followed by Prince Caspian in 2008 and The Voyage of the Dawn Treader in 2010. The three films have grossed a total of over $1.5 billion worldwide.

The Chronicles of Narnia Collection.

The Chronicles of Narnia: The Voyage of the Dawn Treader (2010)

Charlie and the Chocolate Factory (2005)

The Chronicles of Narnia: The Voyage of the Dawn Treader (2010)