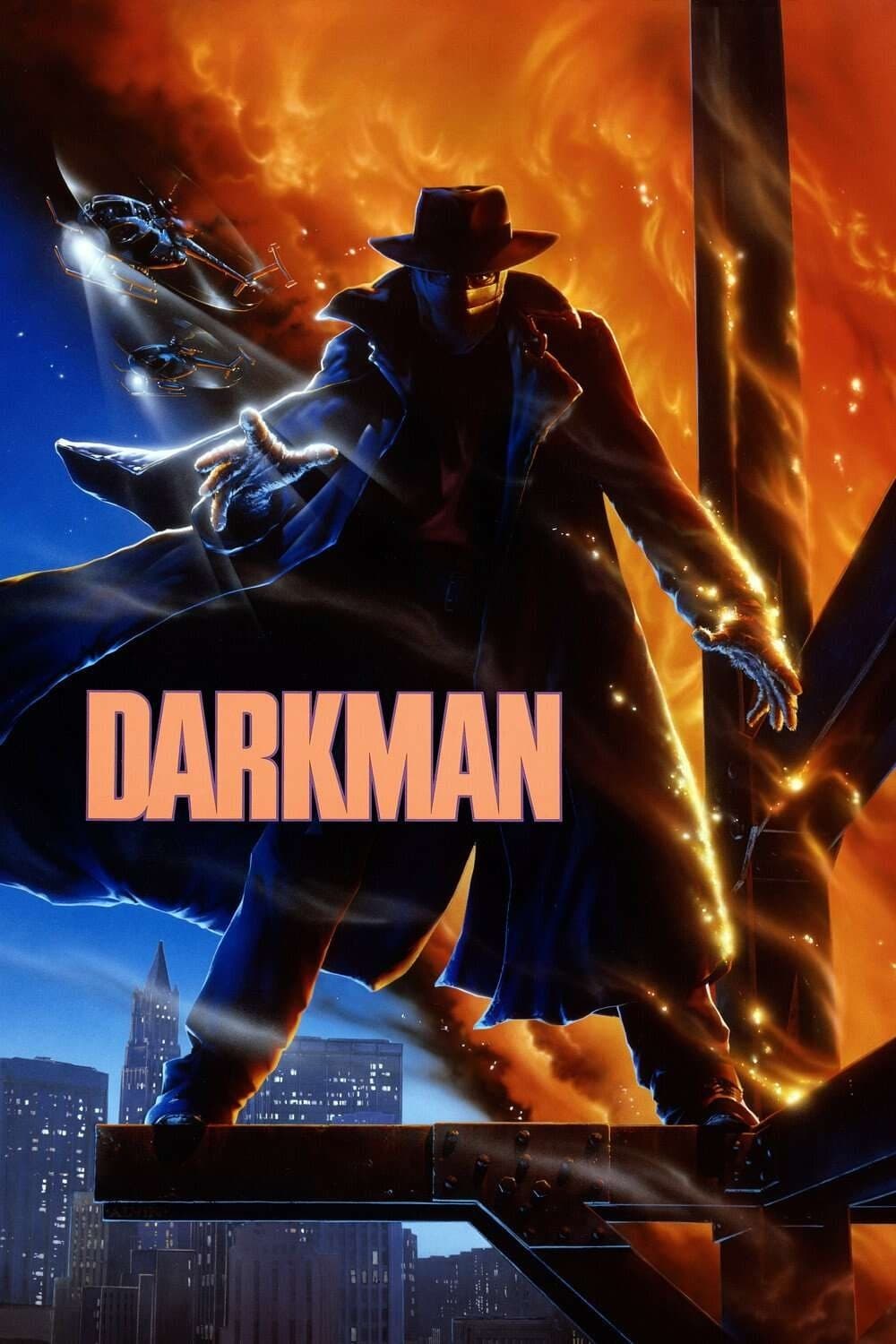 Dr. Peyton Westlake is on the verge of realizing a major breakthrough in synthetic skin when his laboratory is destroyed by gangsters. Having been burned beyond recognition and forever altered by an experimental medical procedure, Westlake becomes known as Darkman, assuming alternate identities in his quest for revenge and a new life with a former love.

Dockworker with Bullet in Forehead

Darkman is a 1990 American superhero film directed and co-written by Sam Raimi. Based on a short story Raimi wrote that paid homage to Universal's horror films of the 1930s, the film stars Liam Neeson as scientist Peyton Westlake, who is brutally attacked, disfigured, and left for dead by ruthless mobster Robert Durant (Larry Drake), after his girlfriend, attorney Julie Hastings (Frances McDormand), runs afoul of corrupt developer Louis Strack Jr. (Colin Friels). After a treatment to cure him of his burn injuries fails, Westlake develops super-human abilities, which also have the unintended side-effect of rendering him mentally unstable and borderline psychotic. Consumed with vengeance, he decides to hunt down those who disfigured him.

Unable to secure the rights to The Shadow, Raimi decided to create his own superhero and struck a deal with Universal Studios to make his first Hollywood studio film. It was produced by Robert Tapert, and was written by Raimi, his brother Ivan, Chuck Pfarrer, and brothers Daniel and Joshua Goldin. Makeup effects artist Tony Gardner, who also cameos in the film as the Lizard Man in the carnival Freak Show sequence, designed and created the makeup effects required to turn Neeson into Darkman.Neeson's first action film in the main role, Darkman received generally positive reviews by critics and was commercially successful, grossing $48 million, above its $14 million budget. This financial success spawned two direct-to-video sequels, Darkman II: The Return of Durant (1995) and Darkman III: Die Darkman Die (1996), as well as comic books, video games, and action figures. Neeson did not reprise his role for the direct-to-video sequels.