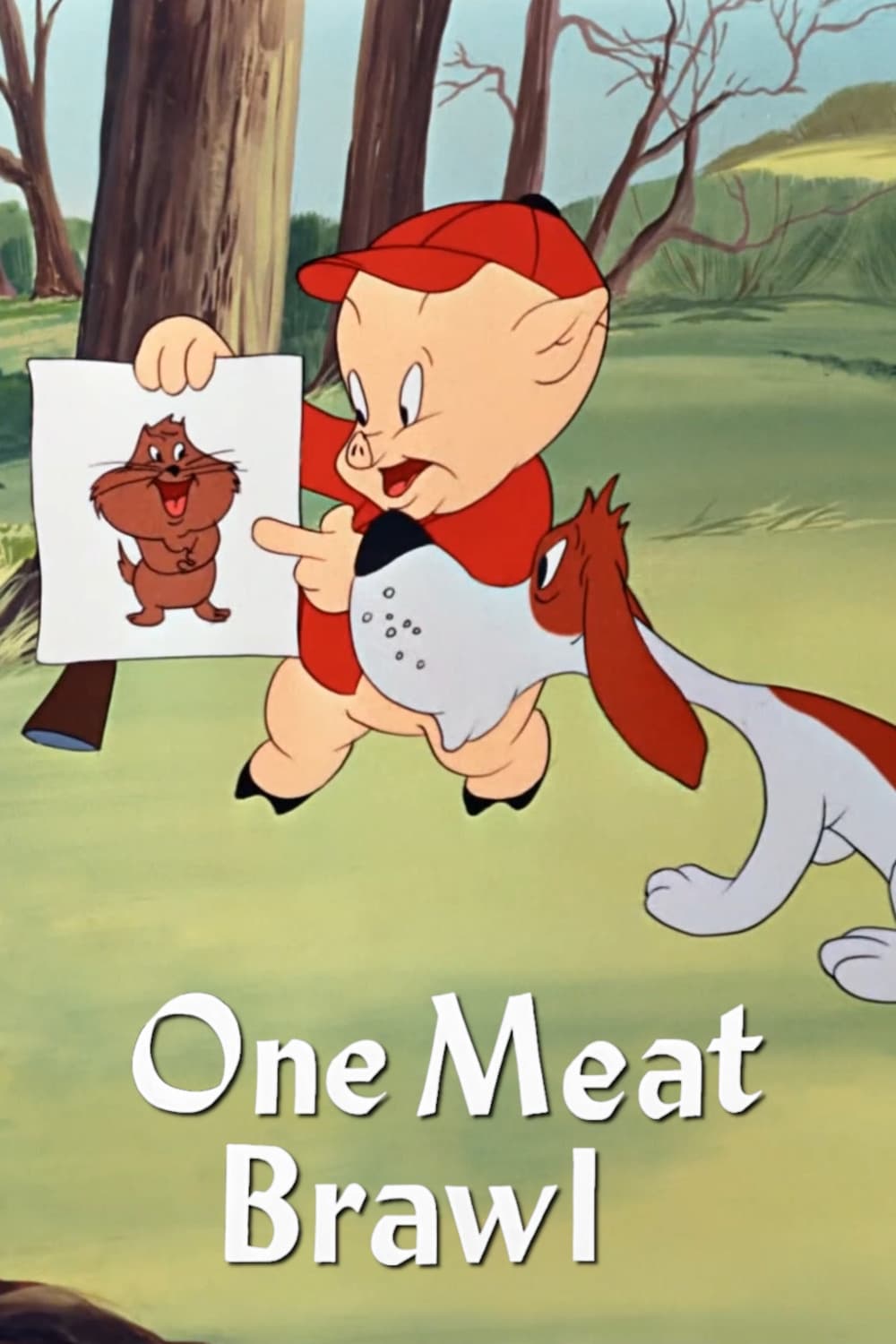 Porky Pig takes his dopey dog, Mandrake, because it is Groundhog Day. They meet a man who is not too thrilled to be the target of a hunter on his big day. Mandrake is good at what he does but he is also a sucker for a sob story and he is outwitted by Grover at every turn.

One Meat Brawl is a 1947 Warner Bros. Merrie Melodies cartoon directed by Robert McKimson. The short was released on January 18, 1947.Mel Blanc voiced most of the characters including Grover Groundhog's singing voice, while newly hired Stan Freberg provided the speaking voice of Grover and also the voice of Walter Winchell emanating from the radio. Carl Stalling wrote the music, assisted by Milt Franklyn who arranged it for orchestra. The cartoon's title is a takeoff on the popular song "One Meat Ball".