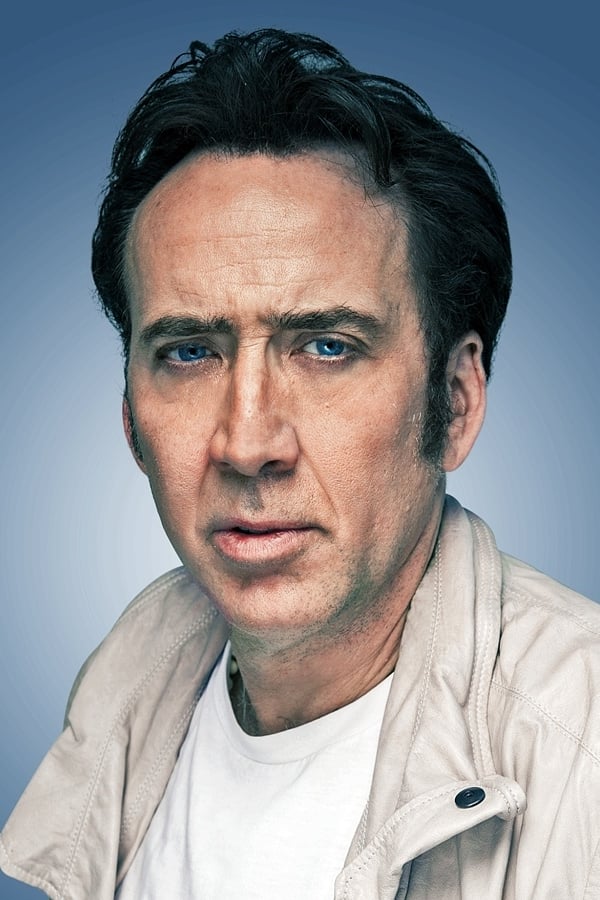 Nicolas Kim Coppola (born January 7, 1964), known professionally as Nicolas Cage, is an American actor and film producer. Born into the Coppola family, he is the recipient of various accolades, including an Academy Award, a Screen Actors Guild Award, and a Golden Globe Award.

Joe (2013), Mandy (2018), Spider-Man: Into the Spider-Verse (2018) and Pig (2021), roles that increased his popularity and solidified his cult following.Cage owns the production company Saturn Films and has produced films such as Shadow of the Vampire (2000) and The Life of David Gale (2003). He also directed Sonny (2002), for which he was nominated for Grand Special Prize at Deauville Film Festival. In October 1997, he was ranked No. 40 in Empire magazine's The Top 100 Movie Stars of All Time list; and the next year he was placed No. 37 in Premiere's 100 Most Powerful People in Hollywood.

The Unbearable Weight of Massive Talent (2022)

Moonstruck: At the Heart of an Italian Family (2006)

Shirley Maclaine: Kicking Up Her Heels (1996)

Industrial Symphony No. 1: The Dream of the Brokenhearted (1990)

Jonathan Ross Presents for One Week Only: David Lynch (1990)

Persona update
Nicolas Cage wants to play in the musical and even has a specific role in mind.
In a recent interview with Empire, the actor, whose portfolio is replete with a variety of roles, mentioned a genre he has yet to work with: "I have not yet played in a musical. I would like to try it. I am not a very good singer. I sang well in «Wild at Heart», I think, but since then I've ruined my voice by singing Purple Rain wrong in karaoke bars." When asked which role in the musical he would choose, Nicolas replied: "I think I would make a good Pontius Pilate in «Jesus Christ Superstar»."
22.12.2022