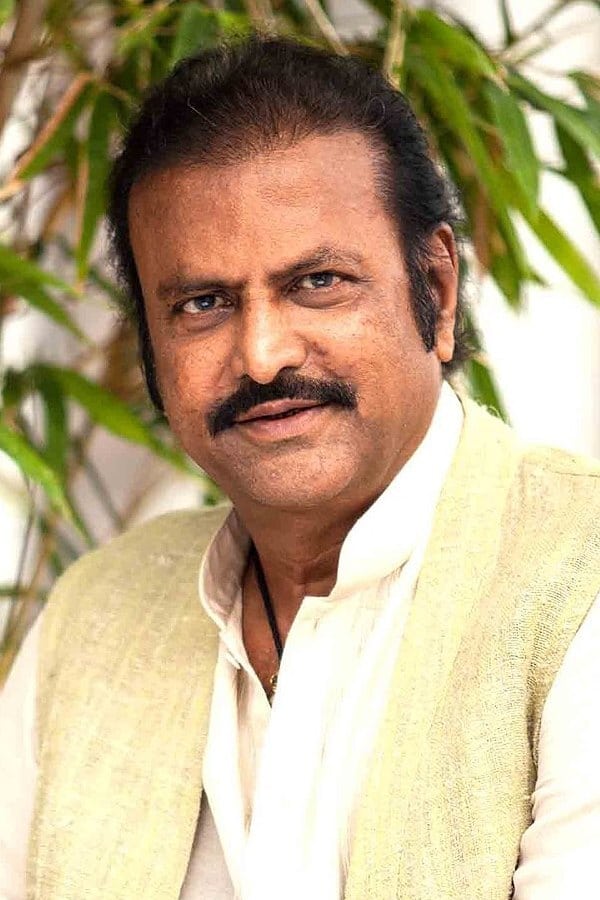 Manchu Bhakthavatsalam Naidu, credited and also known as Mohan Babu, is an Indian actor and producer known for his works predominantly in Telugu cinema. An alumnus of the Madras Film Institute, Mohan Babu has acted in more than 500 films in lead, supporting and a variety of roles.In 1995, he received Filmfare Award for Best Actor – Telugu for his work in the multi-starrer Pedarayudu, which also starred Rajinikanth in a pivotal role. In 2007, he received the CineMAA Award for Best Supporting Actor for his work in Yamadonga. Mohan Babu was honored at the University of California, Berkeley for his contribution to the field of cinema and education. He is the co-owner of production companies such as Sree Lakshmi Prasanna Pictures, 24 Frames Factory and Manchu Entertainment. In 2017, he garnered the Filmfare Lifetime Achievement Award – South. In 2017, he received the "Special Appreciation Award" for completing "forty years in cinema" at the 6th South Indian International Movie Awards.A former Physical Education Instructor, Mohan Babu is a noted educationalist, and operates Sri Vidya Niketan Educational Institutions, and is the founder of Sree Vidyanikethan Educational Trust. In the year 2007, he received the Padma Shri for his contribution to the field of Arts and education. He is a former Member of Parliament – Rajya Sabha from Andhra Pradesh after being elected in the year 1995. He was also a Deputy into the International Parliament for Safety and Peace. He is referred to in the media as Dialogue King, Collection King, Nataprapoorna, and Natavachaspathi.He received critical reception for his antagonist roles in works such as Alluri Seetharama Raju (1974), Swargam Narakam (1975), Gorantha Deepam (1978), Sivaranjani (1978), Padaharella Vayasu (1978), Driver Ramudu (1979), Sardar Papa Rayudu (1980), Satyam Shivam (1981), Premabhishekam (1981), Chattaniki Kallu Levu (1981), Patnam Vachina Pativrathalu (1982), Grihalakshmi (1984), Adavi Donga (1985), Khaidi No.786 (1988), Gruhapravesam (1988), Janaki Ramudu (1988), Lankeshwarudu (1989), Kodama Simham (1990), Kondaveeti Donga (1990), Annamayya (1997), and Sri Jagadguru Aadi Sankara (2013).