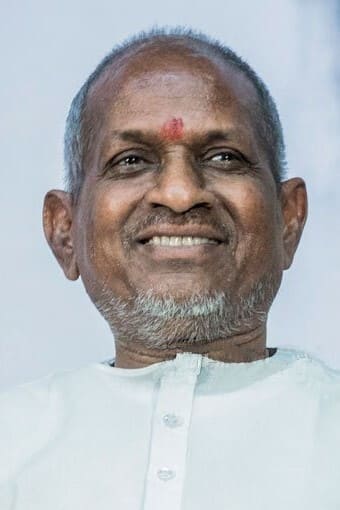 R. Gnanathesikan (born 2 June 1943), known as Ilaiyaraaja, is an Indian film composer, conductor-arranger, singer and lyricist who works in the Indian film industry, predominantly in Tamil cinema in addition to Telugu cinema. He is a nominated Member of Parliament in the Rajya Sabha since July 2022. Widely regarded as one of the greatest Indian music composers, he is often credited for introducing Western musical sensibilities in the South Indian film musical mainstream. Reputed to be one of the world's most prolific composers, he has composed more than 7,000 songs, provided film scores for more than 1,400 movies and performed in more than 20,000 concerts. Ilaiyaraaja is nicknamed "Isaignani" (musical genius) and is often referred to as "Maestro", by the Royal Philharmonic Orchestra, London, amongst others.He is known for integrating Indian folk music and traditional Indian instrumentation with western classical music techniques. In 1986, he was the first Indian composer to record film songs through computer for Tamil films for Vikram. He was one of the earliest Indian film composers to use Western classical music harmonies and string arrangements in Tamil film music, and the first South Asian to compose a full symphony. He also composed Thiruvasagam in Symphony (2006), the first Indian oratorio.

Ilaiyaraaja is a recipient of five National Film Awards—three for Best Music Direction and two for Best Background Score. In 2012, he received the Sangeet Natak Akademi Award, the highest Indian recognition given to practising artists, for his creative and experimental works in the music field. In 2010, he was awarded the Padma Bhushan, the third-highest civilian honour in India and the Padma Vibhushan in 2018, the second-highest civilian award by the government of India.

In a 2013 poll conducted by CNN-IBN celebrating 100 years of Indian cinema, Ilaiyaraaja was voted as the all-time greatest film-music director of India. In 2014, American world cinema portal "Taste of Cinema" placed him at the 9th position in its list of 25 greatest film composers in the history of cinema amongst Ennio Morricone, John Williams and Jerry Goldsmith and Ilaiyaraaja was the only Indian in the list.According to Achille Forler, board member of the Indian Performing Right Society, the kind of stellar body of work that Ilaiyaraaja has created in the last 40 years should have placed him among the world's top 10 richest composers, somewhere between Andrew Lloyd Webber ($1.2 billion) and Mick Jagger (over $300 million).

On July 6, 2022, he has been nominated to Rajya Sabha as Nominated member by President Ram Nath Kovind.