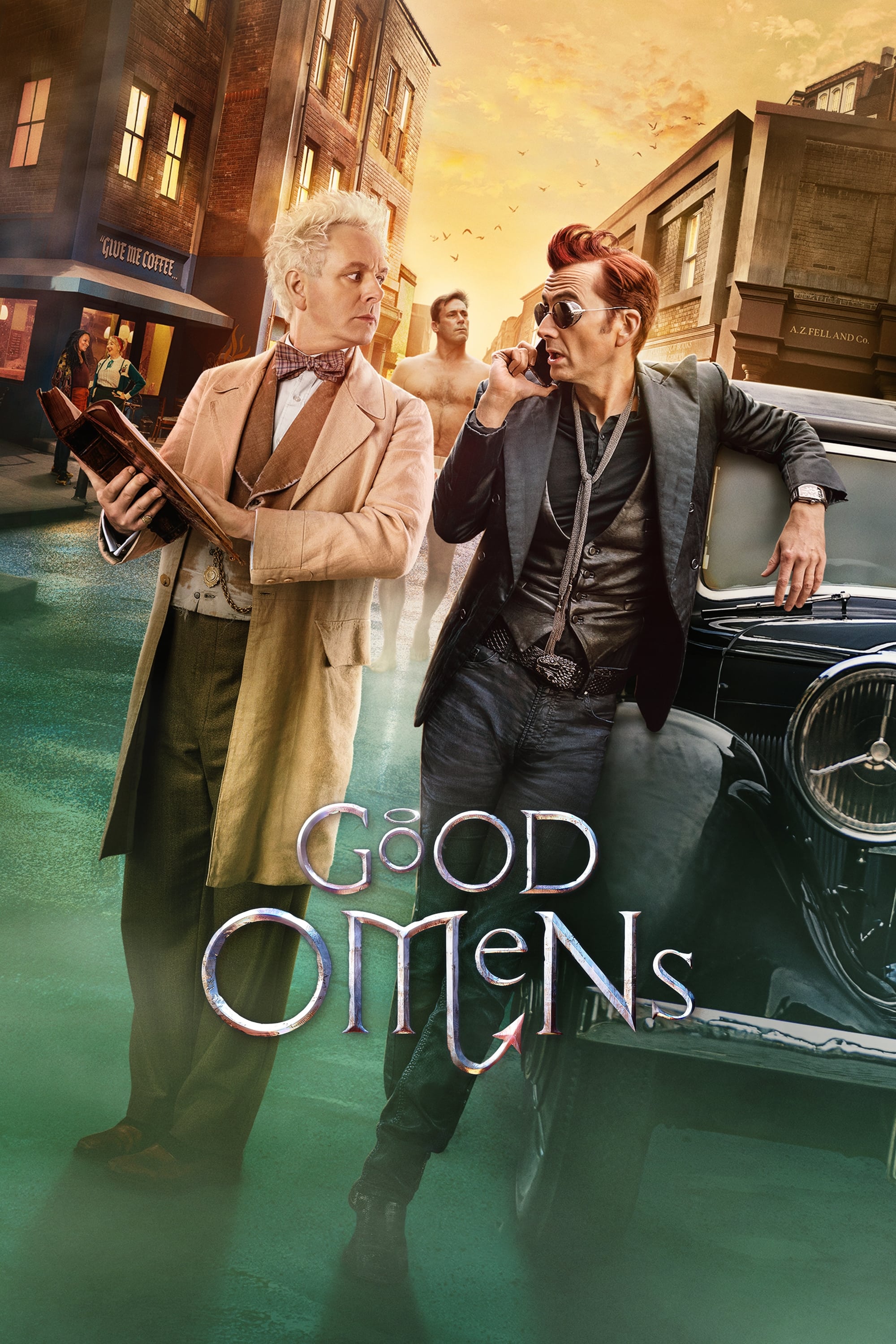 Aziraphale, an angel, and Crowley, a demon, join forces to find the Antichrist and stop Armageddon.

Good Omens is a fantasy comedy series created and written by Neil Gaiman, based on his and Terry Pratchett's 1990 novel of the same name. A six-episode co-production between Amazon Studios and BBC Studios, the series was directed by Douglas Mackinnon, with Gaiman also serving as showrunner. Michael Sheen and David Tennant lead a large ensemble cast that also includes Adria Arjona, Miranda Richardson, Michael McKean, Jack Whitehall, Nick Offerman, Brian Cox, Mireille Enos, Jon Hamm, and Frances McDormand as the voice of God, who narrates the series.

Like the novel, Good Omens features various Christian themes and figures and follows various characters all trying to either encourage or prevent the coming of an imminent Armageddon seen through the eyes of the angel Aziraphale and the demon Crowley.

All episodes of the first season were released on Amazon Prime Video on May 31, 2019, and aired weekly on BBC Two in the UK between January 15 and February 19, 2020. Although the show's first season was conceived and marketed as a limited series, it was renewed for a second series in June 2021; Sheen and Tennant are returning, alongside most of the crew.