The Lord of the Rings: The Rings of Power 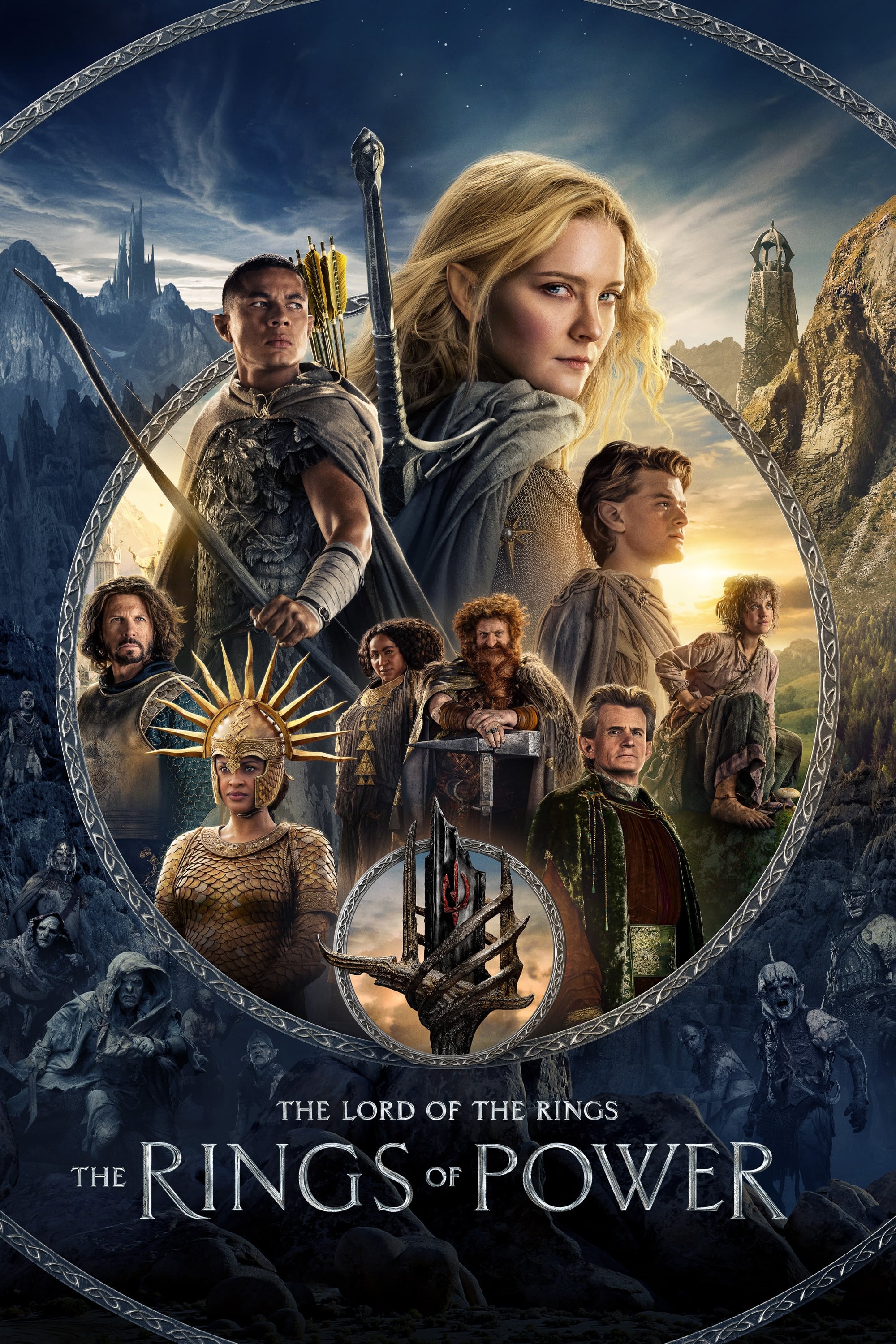 Beginning in a time of relative peace, we follow an ensemble cast of characters as they confront the re-emergence of evil to Middle-earth. From the darkest depths of the Misty Mountains, to the majestic forests of Lindon, to the breathtaking island kingdom of Númenor, to the furthest reaches of the map, these kingdoms and characters will carve out legacies that live on long after they are gone.

Currently The Lord of the Rings: The Rings of Power is available for streaming online, rent, buy or watch for free on: Amazon Prime Video

The Lord of the Rings: The Rings of Power is an American fantasy television series developed by J. D. Payne and Patrick McKay for Amazon Prime Video. Based on the novel The Lord of the Rings and its appendices by J. R. R. Tolkien, the series is set in the Second Age of Middle-earth, thousands of years before Tolkien's The Hobbit and The Lord of the Rings. It is produced by Amazon Studios in association with New Line Cinema, and in consultation with the Tolkien Estate.

Amazon bought the television rights for The Lord of the Rings from the Tolkien Estate in November 2017, making a five-season production commitment worth at least $US1 billion. This would make it the most expensive television series ever made. Payne and McKay were hired in July 2018. The series is primarily based on the appendices of The Lord of the Rings, which include discussion of the Second Age, and Tolkien's grandson Simon Tolkien was consulted on the development of the series. Per the requirements of Amazon's deal with the Tolkien Estate, it is not a continuation of The Lord of the Rings and The Hobbit film trilogies, despite having the involvement of New Line Cinema, responsible for both trilogies. The production intended to evoke the films using similar production design, younger versions of characters from the films, and a main theme by Howard Shore, who composed the music for the trilogies. Bear McCreary composed the series's score. A large international cast was hired, and filming for the eight-episode first season took place in New Zealand, where the films were produced, from February 2020 to August 2021 (with a production break due to the COVID-19 pandemic). Amazon moved production for future seasons to the United Kingdom, where filming for the second season began on October 3, 2022.

The Lord of the Rings: The Rings of Power premiered on September 1, 2022, with the first two episodes, which Amazon stated had the most viewers for a Prime Video premiere. The rest of the eight-episode first season ran until October 14. It has received generally positive reviews from critics, with particular praise for its cinematography, visuals, and musical score, but criticism for its pacing and characterization.