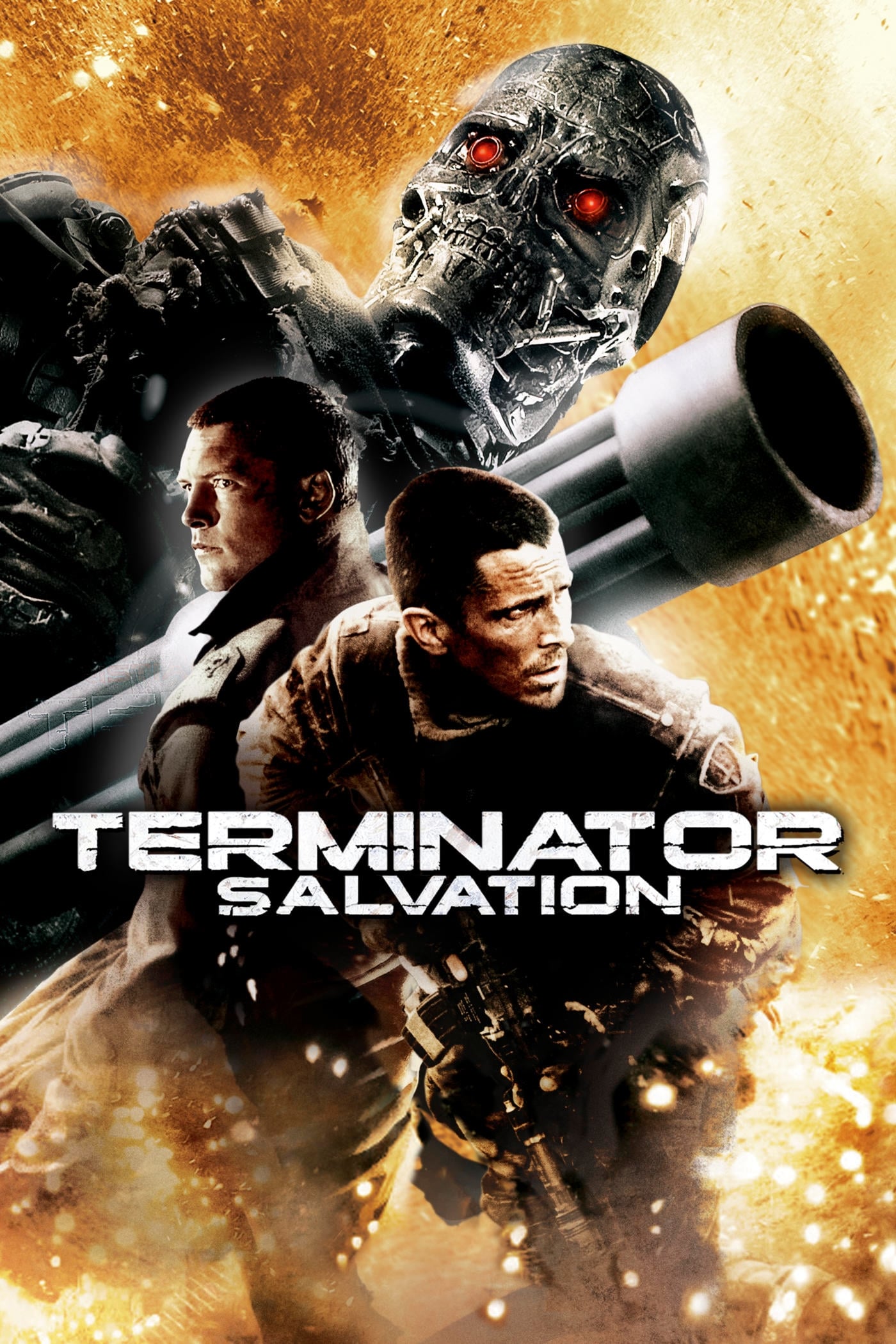 All grown up in post-apocalyptic 2018, John Connor must lead the resistance of humans against the increasingly dominating militaristic robots. But when Marcus Wright appears, his existence confuses the mission as Connor tries to determine whether Wright has come from the future or the past -- and whether he's friend or foe.

Terminator Salvation is a 2009 American military science fiction action film directed by McG and written by John Brancato and Michael Ferris. It is the fourth installment of the Terminator franchise and serves as a sequel to Terminator 3: Rise of the Machines (2003). This is the first and only Terminator film to date not to feature Arnold Schwarzenegger, though his likeness briefly appears digitally. Instead, it stars Christian Bale and Sam Worthington, with Anton Yelchin, Moon Bloodgood, Bryce Dallas Howard, Common, Michael Ironside, and Helena Bonham Carter in supporting roles. In a departure from the previous installments, Salvation is a post-apocalyptic film set in the year 2018. It focuses on the war between Skynet's machine network and humanity, as the remnants of the world's militaries have united to form the Resistance to fight against Skynet. Bale portrays John Connor, a Resistance fighter and central character, while Worthington portrays cyborg Marcus Wright. Yelchin plays a young Kyle Reese, a character first introduced in The Terminator, and the film depicts the origins of the T-800 Terminator.

After troubled pre-production, with The Halcyon Company acquiring the rights from Andrew G. Vajna and Mario Kassar, and several writers working on the screenplay, filming began in May 2008 in New Mexico, and ran for 77 days. Terminator Salvation was released on May 21, 2009, by Warner Bros. Pictures in North America and by Columbia Pictures internationally, and grossed over $371 million worldwide and received mixed reviews.

Salvation was intended to be the first installment of a second Terminator trilogy, but these plans were canceled following The Halcyon Company filing for bankruptcy in 2009. The franchise rights were sold in 2012 to Annapurna Pictures, resulting in Terminator Genisys (a reboot of the series) being released in 2015 with Schwarzenegger returning.

Transformers: Revenge of the Fallen (2009)