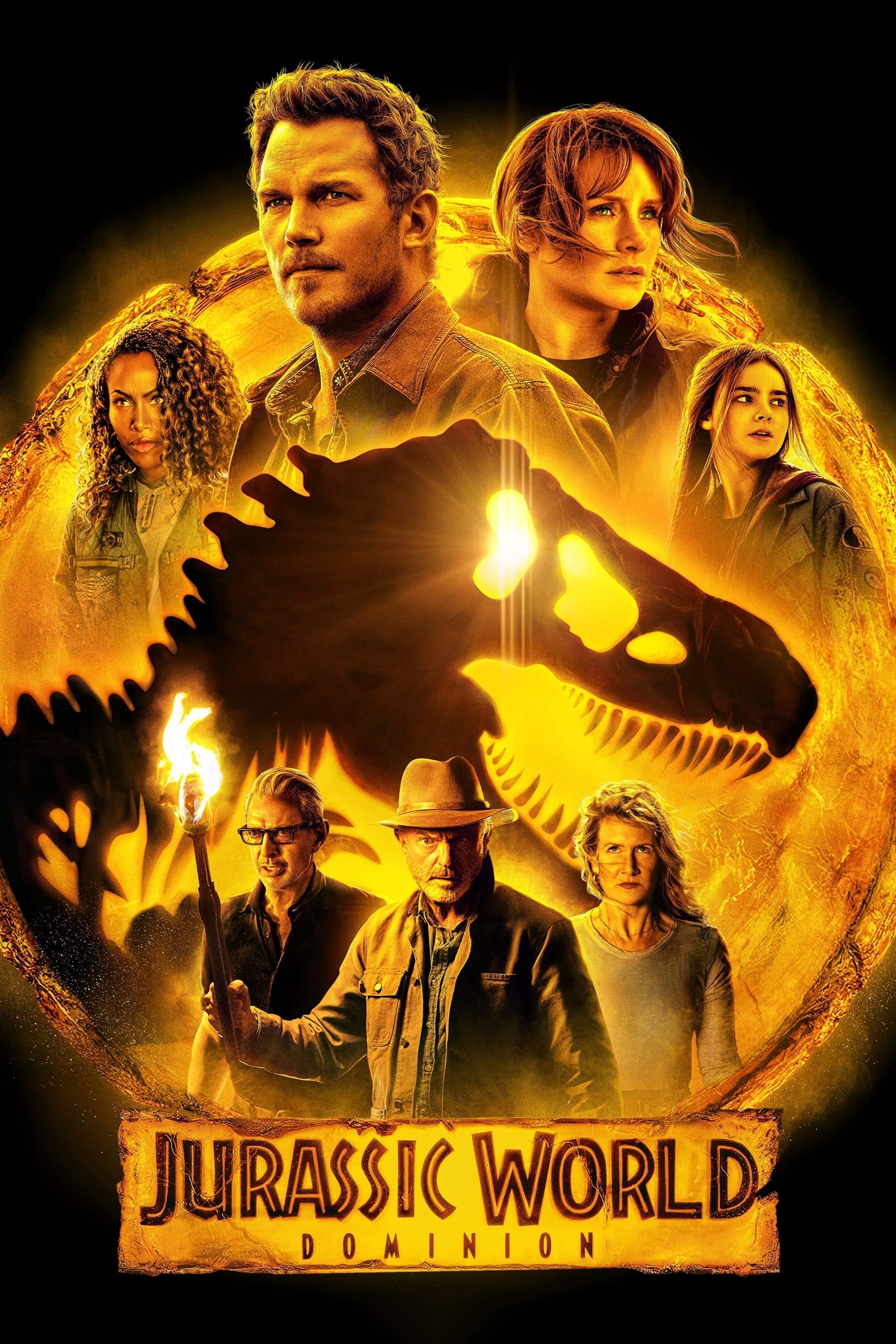 Four years after Isla Nublar was destroyed, dinosaurs now live—and hunt—alongside humans all over the world. This fragile balance will reshape the future and determine, once and for all, whether human beings are to remain the apex predators on a planet they now share with history’s most fearsome creatures.

Jurassic World Dominion is a 2022 American science fiction action film directed by Colin Trevorrow, who co-wrote the screenplay with Emily Carmichael from a story by Derek Connolly and Trevorrow. The sequel to Jurassic World: Fallen Kingdom (2018), it is the third and final installment in the Jurassic World trilogy as well as the sixth installment in the Jurassic Park franchise, concluding the storyline of the original Jurassic Park trilogy. The film has an ensemble cast, including Chris Pratt, Bryce Dallas Howard, Laura Dern, Jeff Goldblum, Sam Neill, DeWanda Wise, Mamoudou Athie, BD Wong, and Omar Sy. Dern, Goldblum, and Neill reprise their roles from the Jurassic Park trilogy, appearing together for the first time since the 1993 film.

Jurassic World Dominion is set four years after the events of Fallen Kingdom, with dinosaurs now living alongside humans around the world. The film follows Owen Grady and Claire Dearing as they embark on a rescue mission, while Alan Grant and Ellie Sattler rejoin Ian Malcolm to expose a conspiracy by the genomics corporation Biosyn (a onetime rival of the defunct InGen). Planning for the film began in 2014, before the release of the first Jurassic World film. Filming took place from February to November 2020 in Vancouver, Canada, England's Pinewood Studios, Malta and Switzerland. Legendary Pictures was not involved in the film's production due to the expiration of its four-year partnership with Universal.

Jurassic World Dominion premiered in Mexico City on May 23, 2022, and was released in the United States on June 10, 2022, by Universal Pictures. Like its predecessors, the film was a financial success, grossing $1 billion worldwide and becoming the second highest-grossing film of 2022, the third film released in the aftermath of the COVID-19 pandemic to gross $1 billion, and the fourth film in the franchise to gross $1 billion. However, it received generally negative reviews from critics, who felt that the franchise had run its course.

Isekai Quartet the Movie: Another World (2022)

Forever Golden! A Celebration of the Golden Girls (2022)