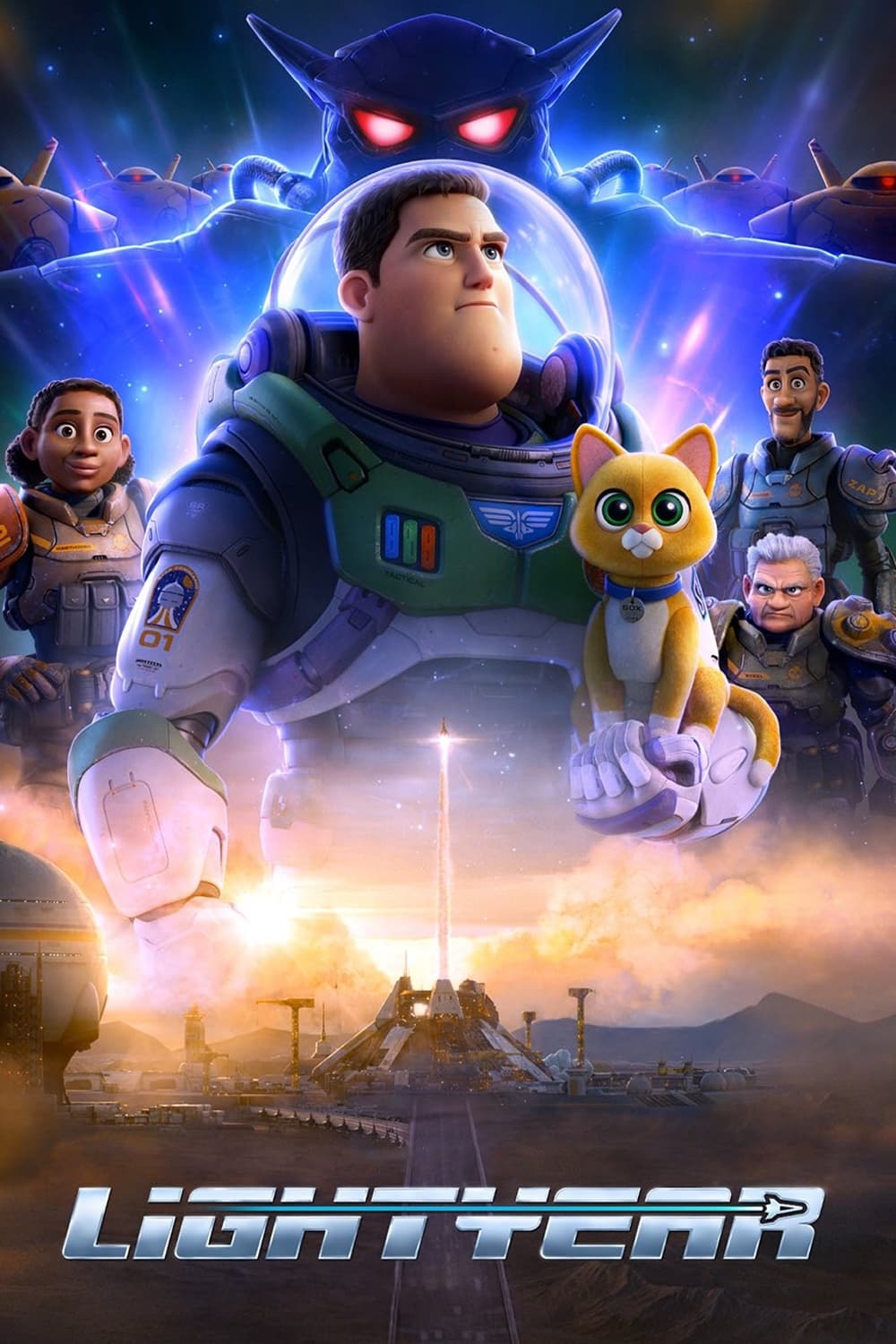 Legendary Space Ranger Buzz Lightyear embarks on an intergalactic adventure alongside a group of ambitious recruits and his robot companion Sox.

Lightyear is a 2022 American computer-animated science-fiction action-adventure film produced by Walt Disney Pictures and Pixar Animation Studios, and distributed by Walt Disney Studios Motion Pictures. The film is a spin-off of the Toy Story film series. It centers on the character Buzz Lightyear, as well as the film presenting itself as part of a franchise within the Toy Story films in which Lightyear is a character. It was directed by Angus MacLane (in his feature directorial debut) and produced by Galyn Susman, from a screenplay and story written by MacLane and Jason Headley, both of whom co-wrote the latter with Matthew Aldrich. The film stars Chris Evans as the voice of the titular character, with Keke Palmer, Peter Sohn, Taika Waititi, Dale Soules, James Brolin, and Uzo Aduba in supporting roles. The film follows Lightyear operating as a space ranger who, after being marooned on a hostile planet with his commander and crew, tries to find a way back home while confronting a threat to the universe's safety.

The concept of a human Buzz Lightyear, who exists in a fictional universe within a fictional universe, was first introduced in the 2000 direct-to-video film Buzz Lightyear of Star Command: The Adventure Begins, which was then used as the pilot to the TV series Buzz Lightyear of Star Command (2000–2001). Development of Lightyear began with MacLane, an avid science-fiction fan, pitched the idea of making a film about Buzz Lightyear at Pixar, evoking the science-fiction films he grew up watching, while finishing work on Finding Dory (2016). The animators were giving the film a "cinematic" and "chunky" look. To design the vehicles of the film, Angus used Lego pieces to build various ships such as the Armadillo and pitch them to the designers and artists to match the chunky feel within the film. Development on Lightyear lasted for five and a half years, on an approximate $200 million budget. Michael Giacchino composed the film's score.

Lightyear premiered at the El Capitan Theatre in Los Angeles on June 8, 2022, and was theatrically released in the United States on June 17, in RealD 3D, 4DX, Dolby Cinema, and IMAX formats. It became the first Pixar film to be released in theaters worldwide since Onward in March 2020, and the first to include scenes specifically formatted for IMAX theaters. The film was a box-office bomb, grossing $226 million worldwide against a $200 million production budget. It received generally positive reviews from critics, praising its animation, voice acting, visuals, action sequences and score, but criticism for its screenplay.

Isekai Quartet the Movie: Another World (2022)

Forever Golden! A Celebration of the Golden Girls (2022)