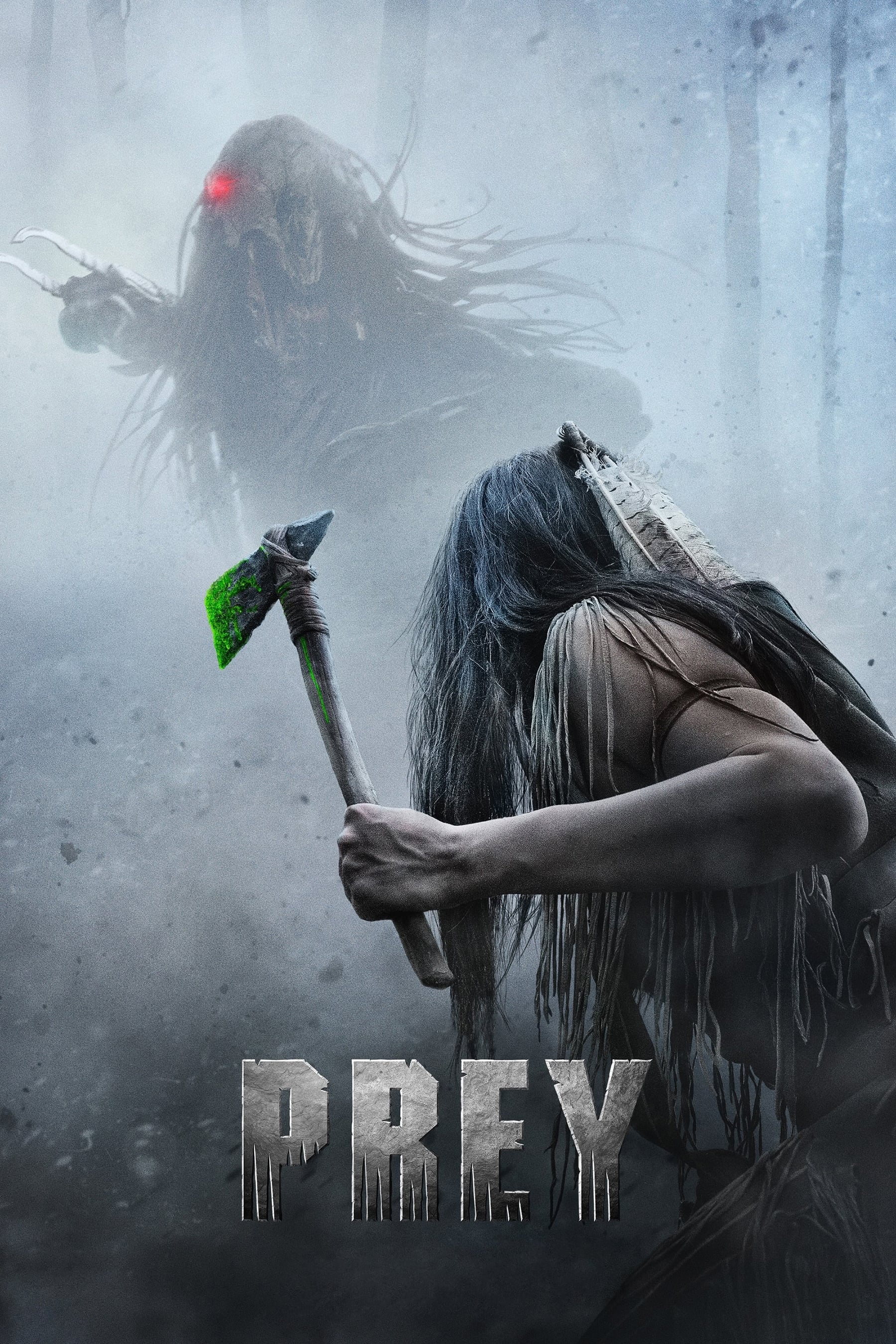 On the Great Plains in 1719, Naru, a fierce and highly skilled Comanche warrior, sets out to protect her people when a unknown danger threatens them. But the prey she’s stalking turns out to be a highly evolved alien predator with a technically advanced arsenal.

Prey is a 2022 American science fiction action film in the Predator franchise. It is the fifth installment and is a prequel to the first four films, being set in the Northern Great Plains in 1719. The film is directed by Dan Trachtenberg and written by Patrick Aison. It stars Amber Midthunder, Dakota Beavers, Dane DiLiegro, Michelle Thrush, Stormee Kipp, Julian Black Antelope, and Bennett Taylor. The story revolves around Naru, a skilled Comanche warrior, who is striving to prove herself as a hunter. She finds herself having to protect her people from a vicious, humanoid alien that hunts humans for sport, as well as from French fur traders who are destroying the buffalo they rely on for survival.

Development of the film began during the production of The Predator (2018), when producer John Davis was approached by Trachtenberg and Aison, with a concept that they had been developing since 2016. In late 2020, the film's title was revealed to be the codename for the fifth installment in the franchise. Filming took place around Calgary during the summer of 2021, with the entire film shot in English and some sequences shot in Comanche as well. The remaining sequences were dubbed into Comanche by the cast, reprising their roles. The film is the first feature film to have a full Comanche language dub.Prey premiered at the San Diego Comic-Con on July 21, 2022, and was released by 20th Century Studios as a Hulu original film in the United States and on Disney+ Star internationally on August 5. The film received positive reviews from critics, with praise for its action sequences, Midthunder's performance, cinematography, Trachtenberg's direction, and the Indigenous casting, with many critics calling it the best Predator installment since the first film.