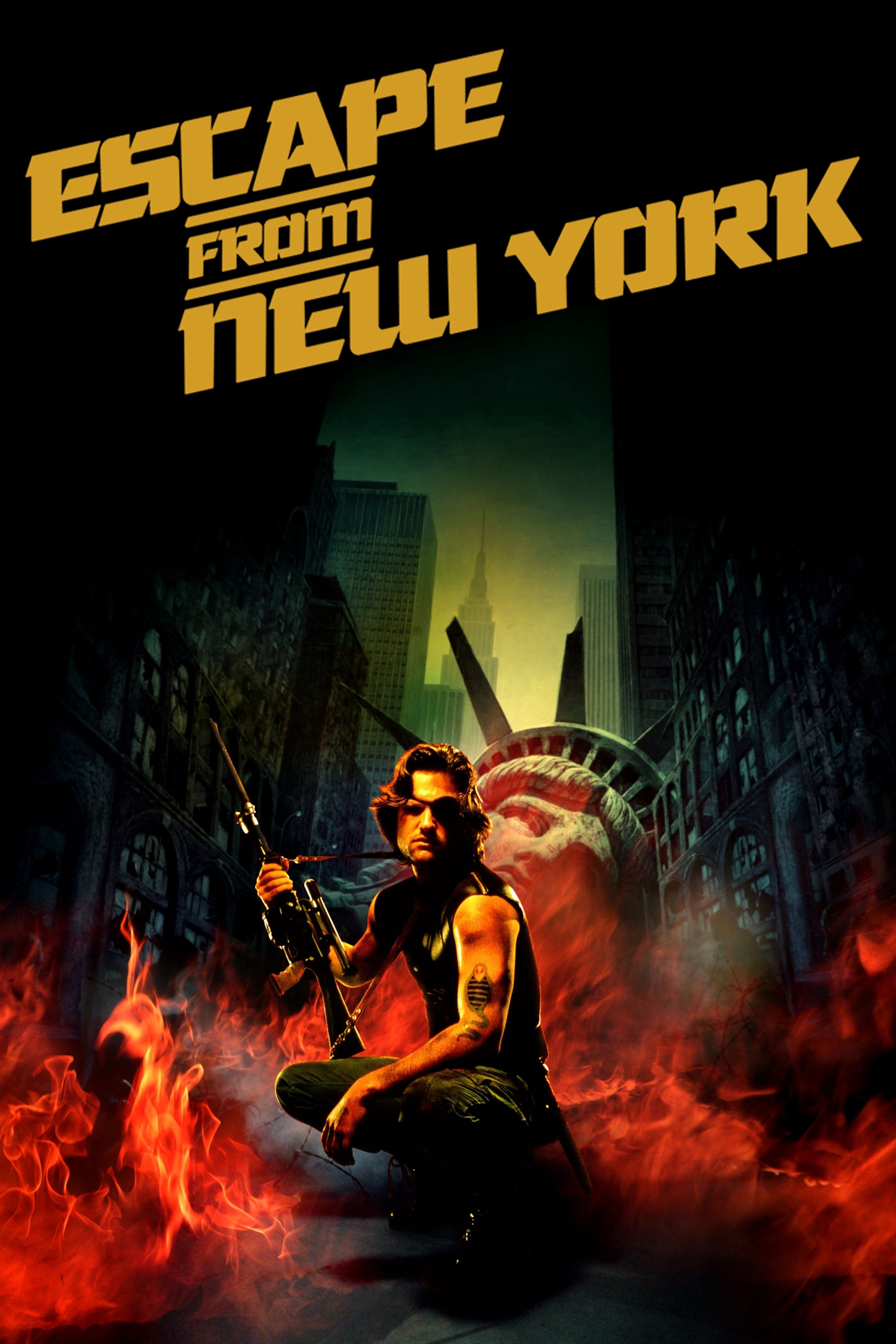 In the future, crime is out of control and New York City's Manhattan is a maximum security prison. Grabbing a bargaining chip right out of the air, convicts bring down the President's plane in bad old Gotham. Gruff Snake Plissken, a one-eyed lone warrior new to prison life, is coerced into bringing the President, and his cargo, out of this land of undesirables.

The Duke of New York

The film's storyline, set in the near-future world of 1997, concerns a crime-ridden United States, which has converted Manhattan Island in New York City into the country's sole maximum-security prison. Air Force One is hijacked by anti-government insurgents who deliberately crash it into the walled borough. Ex-soldier and current federal prisoner Snake Plissken (Russell) is given just 24 hours to go in and rescue the President of the United States, after which, if successful, he will be pardoned.

Carpenter wrote the film in the mid-1970s in reaction to the Watergate scandal. After the success of Halloween (1978), he had enough influence to begin production and filmed it mainly in St. Louis, Missouri, on an estimated budget of $6 million. Debra Hill and Larry J. Franco served as the producers. The film was co-written by Nick Castle, who had collaborated with Carpenter by portraying Michael Myers in Halloween.

Released in the United States on July 10, 1981, the film received positive reviews from critics and was a commercial success, grossing more than $25.2 million at the box office. The film was nominated for four Saturn Awards, including Best Science Fiction Film and Best Direction. The film became a cult classic and was followed by a sequel, Escape from L.A. (1996), which was also directed and written by Carpenter and starred Russell.