Discover
›
Popular Movies
›
Everything Everywhere All at Once (2022)

Everything Everywhere All at Once 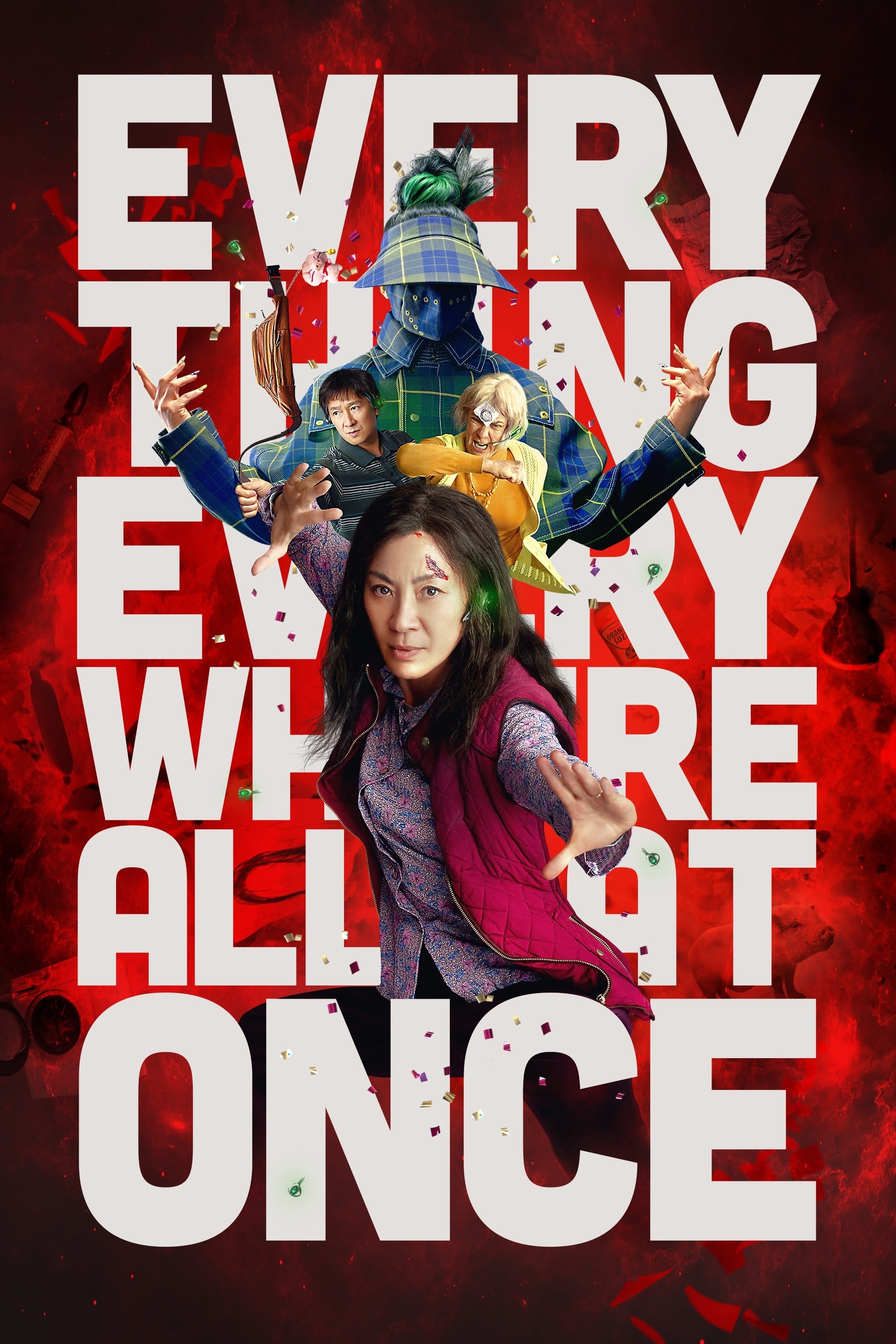 An aging Chinese immigrant is swept up in an insane adventure, where she alone can save what's important to her by connecting with the lives she could have led in other universes.

Everything Everywhere All at Once is a 2022 American absurdist comedy-drama film written and directed by Daniel Kwan and Daniel Scheinert (collectively known as "Daniels"), who produced it with Anthony and Joe Russo. The plot centers on a Chinese-American immigrant (played by Michelle Yeoh) who, while being audited by the IRS, discovers that she must connect with parallel universe versions of herself to prevent a powerful being from destroying the multiverse. Stephanie Hsu, Ke Huy Quan, Jenny Slate, Harry Shum Jr., James Hong, and Jamie Lee Curtis appear in supporting roles. The New York Times called the film a "swirl of genre anarchy" with elements of surreal comedy, science fiction, fantasy, martial arts films, and animation.Kwan and Scheinert began work on the project as early as 2010, and its production was announced in 2018. Principal photography ran from January to March 2020. The film's soundtrack features music composed by Son Lux, including collaborations with musicians Mitski, David Byrne, André 3000, and Randy Newman.

Everything Everywhere All at Once premiered at South by Southwest on March 11, 2022, and began a limited theatrical release in the United States on March 25, 2022, before a wide release by A24 on April 8, 2022. It was a commercial success and grossed over $104 million worldwide, becoming A24's highest-grossing film. Critics widely acclaimed the film, praising its screenplay, direction, visual effects, cinematography, score, stunt choreography, production values, costume design, originality, and handling of themes such as existentialism, generational trauma, nihilism, neurodiversity, and Asian-American identity. The performances of Yeoh, Hsu, Quan, and Curtis also received ubiquitous acclaim.

The Unbearable Weight of Massive Talent (2022)