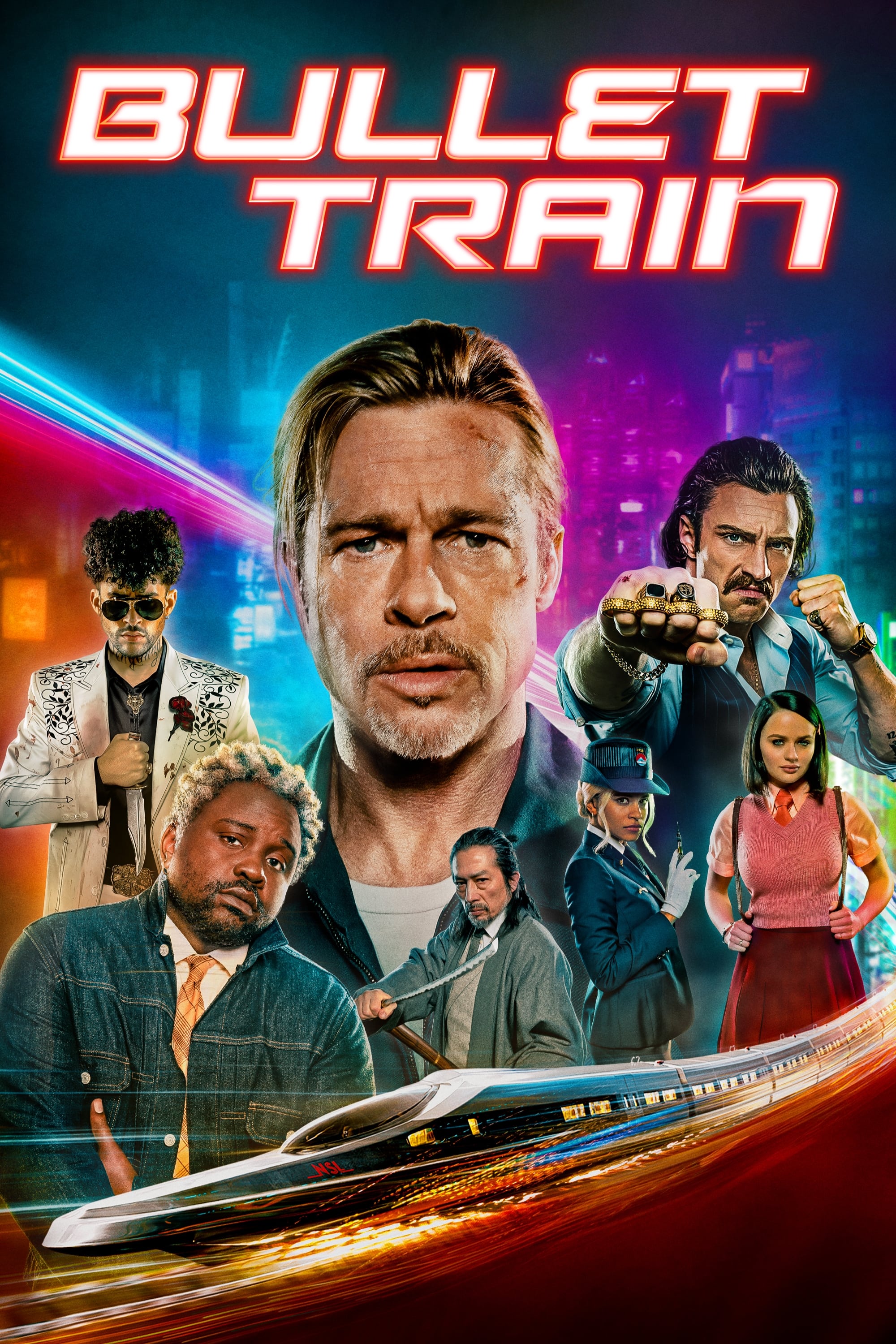 Five assassins find themselves on a fast-moving bullet train from Tokyo to Morioka with only a few stops in between. They discover their missions are not unrelated to one another. The question becomes, who will make it off the train alive and what awaits them at the terminal station?

Bullet Train is a 2022 American action comedy film directed by David Leitch from a screenplay by Zak Olkewicz, starring Brad Pitt, and produced by Antoine Fuqua, who initially conceived the film. It is based on the 2010 novel Maria Beetle (titled Bullet Train in its UK and US edition), written by Kōtarō Isaka and translated by Sam Malissa, the second novel in Isaka's Hitman trilogy, of which the first novel was previously adapted as the 2015 Japanese film Grasshopper. Pitt portrays a begrudging assassin who must battle fellow killers while riding a fictionalized version of the bullet train Tokaido Shinkansen. The film also features an ensemble supporting cast including Joey King, Aaron Taylor-Johnson, Brian Tyree Henry, Andrew Koji, Hiroyuki Sanada, Michael Shannon, Bad Bunny, and Sandra Bullock.

Principal photography began in Los Angeles in November 2020 and wrapped in March 2021. Bullet Train premiered in Paris on July 18, 2022 and was theatrically released in the United States on August 5, 2022, by Sony Pictures Releasing. The film was a box office success grossing $239.3 million worldwide on a production budget of around $90 million. The film received mixed reviews from critics who praised the action scenes, humor, and performances, but criticized its writing, casting, and length.