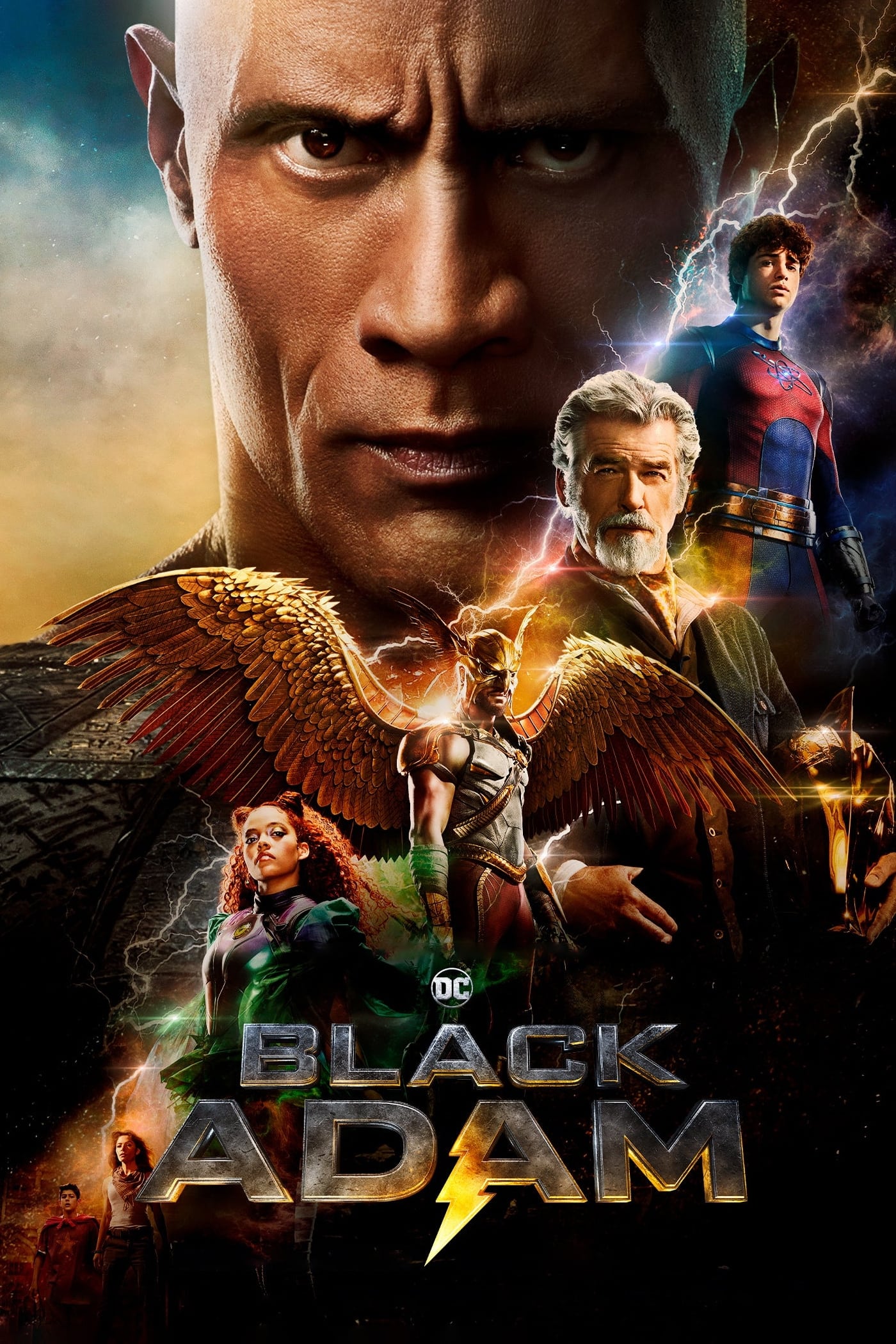 Nearly 5,000 years after he was bestowed with the almighty powers of the Egyptian gods—and imprisoned just as quickly—Black Adam is freed from his earthly tomb, ready to unleash his unique form of justice on the modern world.

Black Adam is a 2022 American superhero film starring Dwayne Johnson as the titular DC Comics character. The film is a spin-off to Shazam! (2019) and the eleventh film in the DC Extended Universe (DCEU). It is directed by Jaume Collet-Serra, written by Adam Sztykiel, Rory Haines, and Sohrab Noshirvani, and produced by Johnson. In addition to Johnson, the film stars Aldis Hodge, Noah Centineo, Sarah Shahi, Marwan Kenzari, Quintessa Swindell and Pierce Brosnan. It is produced by New Line Cinema, DC Films, Seven Bucks Productions and FlynnPictureCo., and distributed by Warner Bros. Pictures. The story centers around Adam, an ancient superhuman who is released from his magic imprisonment by a group of archeologists to free the nation of Kahndaq from the crime syndicate Intergang.

Johnson was attached to Shazam! early in development and confirmed to portray the villain Black Adam in September 2014, but the producers later decided to give the character his own film. Sztykiel was hired in October 2017. Collet-Serra joined in June 2019 with a planned release date of December 2021, but this timeline was delayed by the COVID-19 pandemic. Additional casting took place over the next year, including four members of the Justice Society of America, along with the script being rewritten by Haines and Noshirvani. Filming took place from April to August 2021 at Trilith Studios in Atlanta, Georgia, and also in Los Angeles.

Black Adam had its world premiere in Mexico City on October 3, 2022, and was theatrically released in the United States on October 21, 2022. The film received mixed reviews from critics and has grossed $378.3 million worldwide. A sequel is in development.