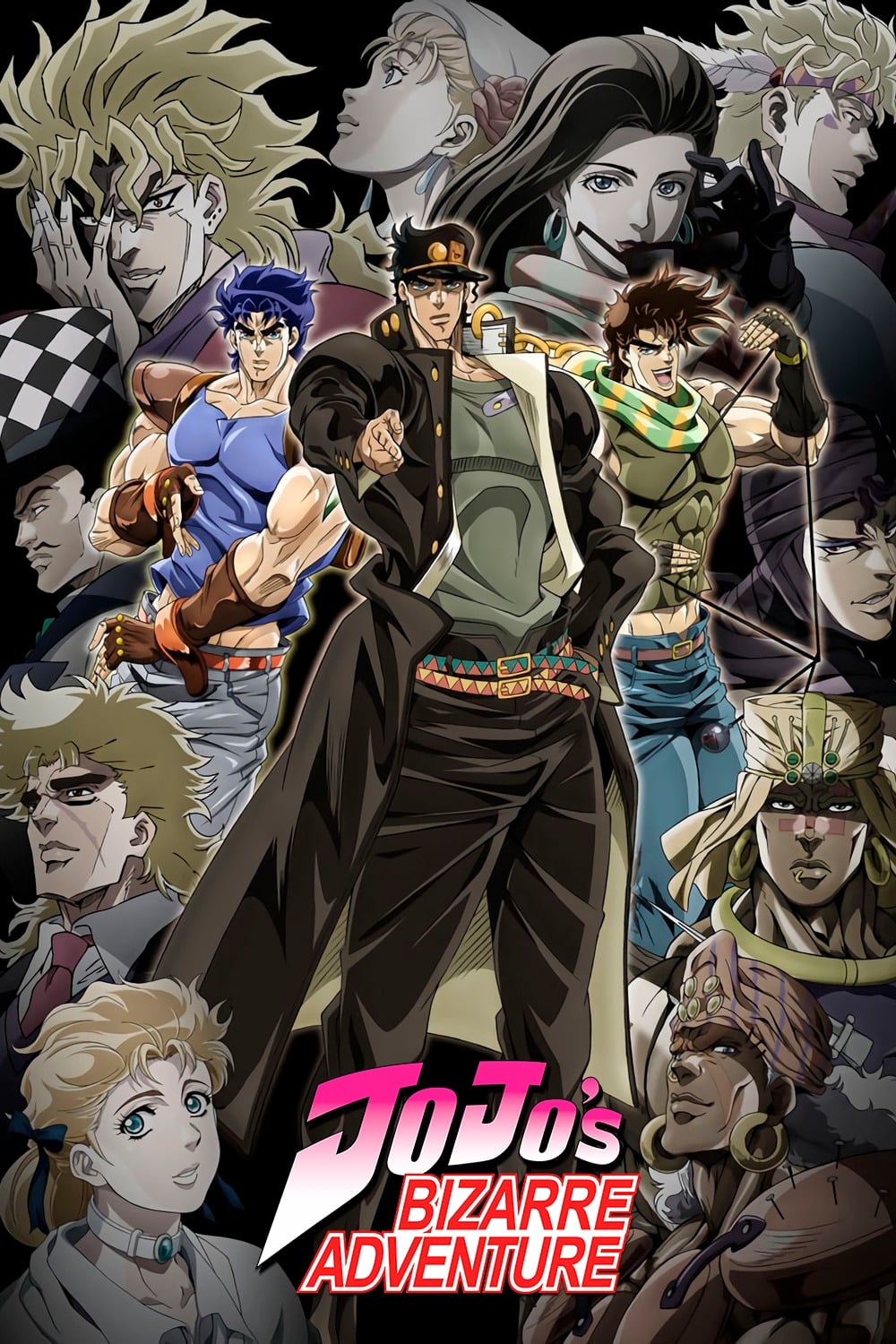 Follow the intergenerational feud between the Joestar Family and various forces of evil, the most prominent of which is Dio Brando and his followers.

Will A. Zeppeli (voice)

JoJo's Bizarre Adventure (Japanese: ジョジョの奇妙な冒険, Hepburn: JoJo no Kimyō na Bōken), also known as JoJo's Bizarre Adventure: The Animation, is a Japanese anime television series produced by David Production. An adaptation of the Japanese manga series of the same name by Hirohiko Araki, the series focuses on the mysterious adventures of the Joestar family across generations, from the end of the 19th century to modern times. The series was first broadcast on Tokyo MX before entering syndication on 4 JNN stations, BS11, and Animax.

The first season, adapting the first two parts, Phantom Blood and Battle Tendency, aired in Japan between October 2012 and April 2013. The series is distributed in North America by Warner Bros. Home Entertainment and Viz Media, with the former handling the series on DVD and the latter handling the series on Blu-Ray and the merchandising rights. In the United States, it aired on Adult Swim's Toonami programming block starting in October 2016.