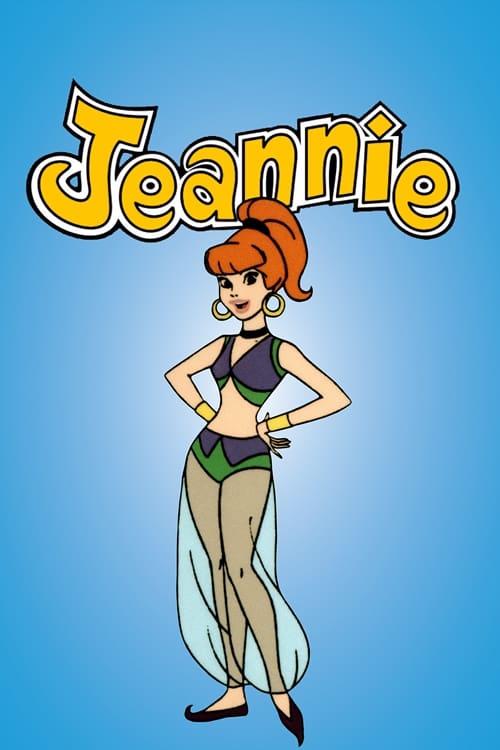 Average teenager Corey Anders finds an unusual-looking bottle on the beach, when he opens it a beautiful genie named Jeannie emerges.

Jeannie is an American animated television series that originally aired for a 16-episode season on CBS from September 8 to December 22, 1973. It was produced by Hanna-Barbera in association with Screen Gems, and its founders William Hanna and Joseph Barbera are the executive producers. Despite being a spin-off of sorts of the television sitcom I Dream of Jeannie, Jeannie has little in common with its parent show. In this version, the title character is rescued on the beaches of southern California by a high school student, Corey Anders. Jeannie is accompanied by genie-in-training Babu, and they become companions to Corey and his best friend, Henry Glopp, both of whom also help Jeannie and Babu adjust to their new home as well as life in Los Angeles. The series was marketed towards a younger demographic than I Dream of Jeannie.

Julie McWhirter replaces Barbara Eden in the lead role. In his first voice-acting job, Mark Hamill plays Corey Anders, and also sings the theme music. Babu is voiced by Joe Besser, who had a successful voice-acting career at the time. Jeannie was shown as part of CBS's Saturday-morning cartoon programming block, and episodes aired between 1973 and 1975. The show was also included on the wheel series Fred Flintstone and Friends, and had crossovers with the Scooby-Doo franchise. Though a few retrospective reviews of Jeannie have been negative, it has gained popularity after Warner Bros. bought Hanna-Barbera and its properties in 1996, and it remains popular with the public and industry professionals, and has been recently distributed via two streaming services: Crackle and CTV Throwback. An episode can also be viewed at the UCLA Film & Television Archive.