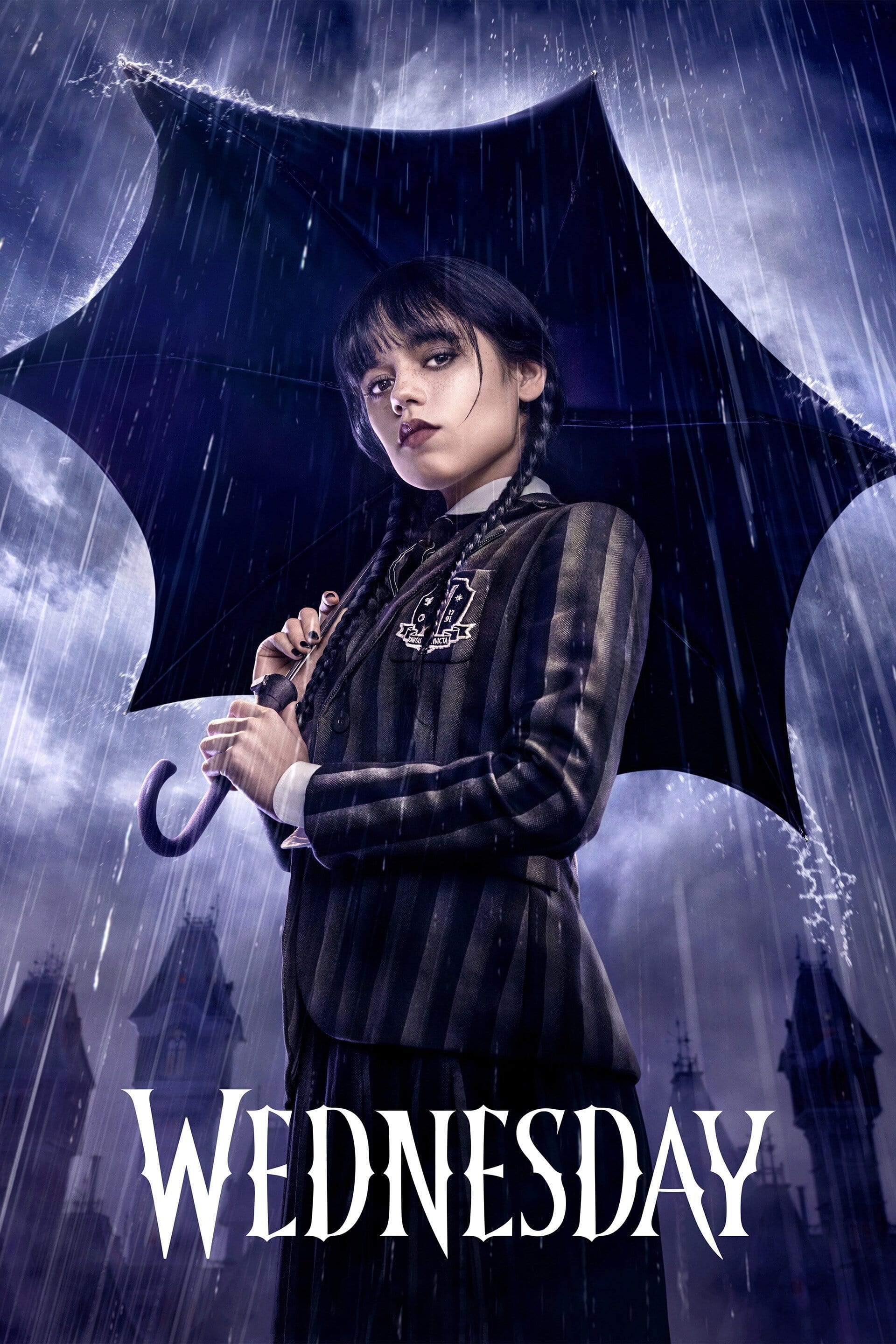 Wednesday Addams is sent to Nevermore Academy, a bizarre boarding school where she attempts to master her psychic powers, stop a monstrous killing spree of the town citizens, and solve the supernatural mystery that affected her family 25 years ago — all while navigating her new relationships.

Currently Wednesday is available for streaming online, rent, buy or watch for free on: Netflix, Netflix basic with Ads

Burton was previously approached to direct the 1991 film and was involved with a cancelled stop-motion animated The Addams Family film. In October 2020, he was reported to be helming a television series, which was later given a series order by Netflix. Ortega was cast in part to represent the character's Latina heritage. Ricci, who had played the titular character in the 1991 film and its 1993 sequel, was asked by Burton to join the series in a supporting role. Filming took place in Romania between September 2021 and March 2022.

Wednesday premiered on November 16, 2022, and was released on Netflix on November 23 to predominantly positive reviews from critics, who praised Ortega's performance. Within three weeks of release, it became the second-most watched English-language Netflix series. It received two Golden Globe nominations: Best Television Series – Musical or Comedy and Best Actress – Television Series Musical or Comedy for Ortega. In January 2023, the series was renewed for a second season.

Movie update
«The Gray Man» and the fourth season of «Stranger Things» topped the ratings of the most popular Netflix projects this year.
Also in the list of popular films that were released on the streaming service in 2022, you can see the sci-fi «The Adam Project», the melodrama «Purple Hearts», the sports drama «Hustle», the documentary «The Tinder Swindler», the animation «The Sea Beast», the sequel to «Enola Holmes 2», the comedy «Senior Year», the action movies «The Man from Toronto» and «Day Shift». Among this year's series the most popular were «Wednesday», «Dahmer – Monster: The Jeffrey Dahmer Story», the second season of «Bridgerton» and «Inventing Anna». The most popular non-English-language films were «Troll», «All Quiet on the Western Front» and «Black Crab» and the most popular series were Korean «All of Us Are Dead» and «Extraordinary Attorney Woo».
29.12.2022
TV update
The news that will not surprise anyone: «Wednesday» has officially been renewed for a second season.
07.01.2023