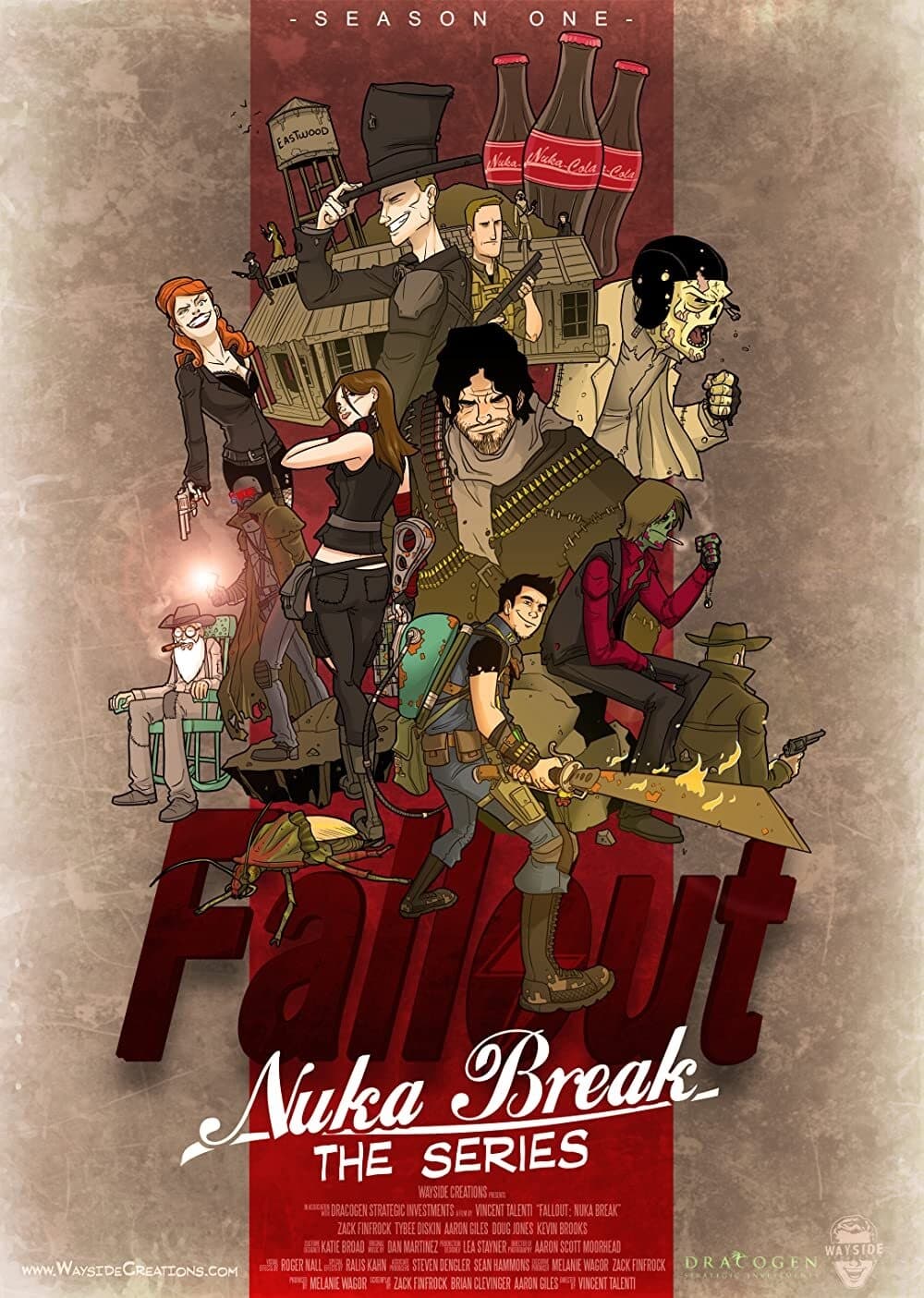 A courier and his group of friends are trained in something far more important than mail distribution.

Fallout: Nuka Break is a live-action fan-made web series made by Wayside Creations and set in the Fallout video game universe. Its direct setting is derived from both Fallout 3 and Fallout: New Vegas. Nuka Break features three main characters, a "Vault dweller, his ghoul companion, and a slave they freed from New Vegas". Along with the sets, puppets are used for some of the scenes, while CGI is used for the gun battles and other scenes. The series features actor Doug Jones as a guest star, playing Mayor Conners, and voice actor Vic Mignogna as the merchant/narrator.

The series was originally conceived as a film titled Fallout: Nuka Break – The Movie, which was released in early 2011 on YouTube. The film was so popular that Wayside Creations, a non-profit made up of "a team of Fallout fans", decided to turn it into a full miniseries, with the first episode being released in September 2011. A second season, funded via Kickstarter, was released on October 28, 2013. Wayside also made a second film called Red Star, which is set between the original fan film and the first season. Another project, a three-part miniseries called Tales from the Wasteland, was successfully funded via Kickstarter.Members of the original cast and writing team have resigned from their affiliation with Wayside Creations and won't be involved with Tales from the Wasteland or future Wayside projects. Wayside released a prequel series Fallout: The Wanderer focusing on the Ranger character in three episodes by early 2018.