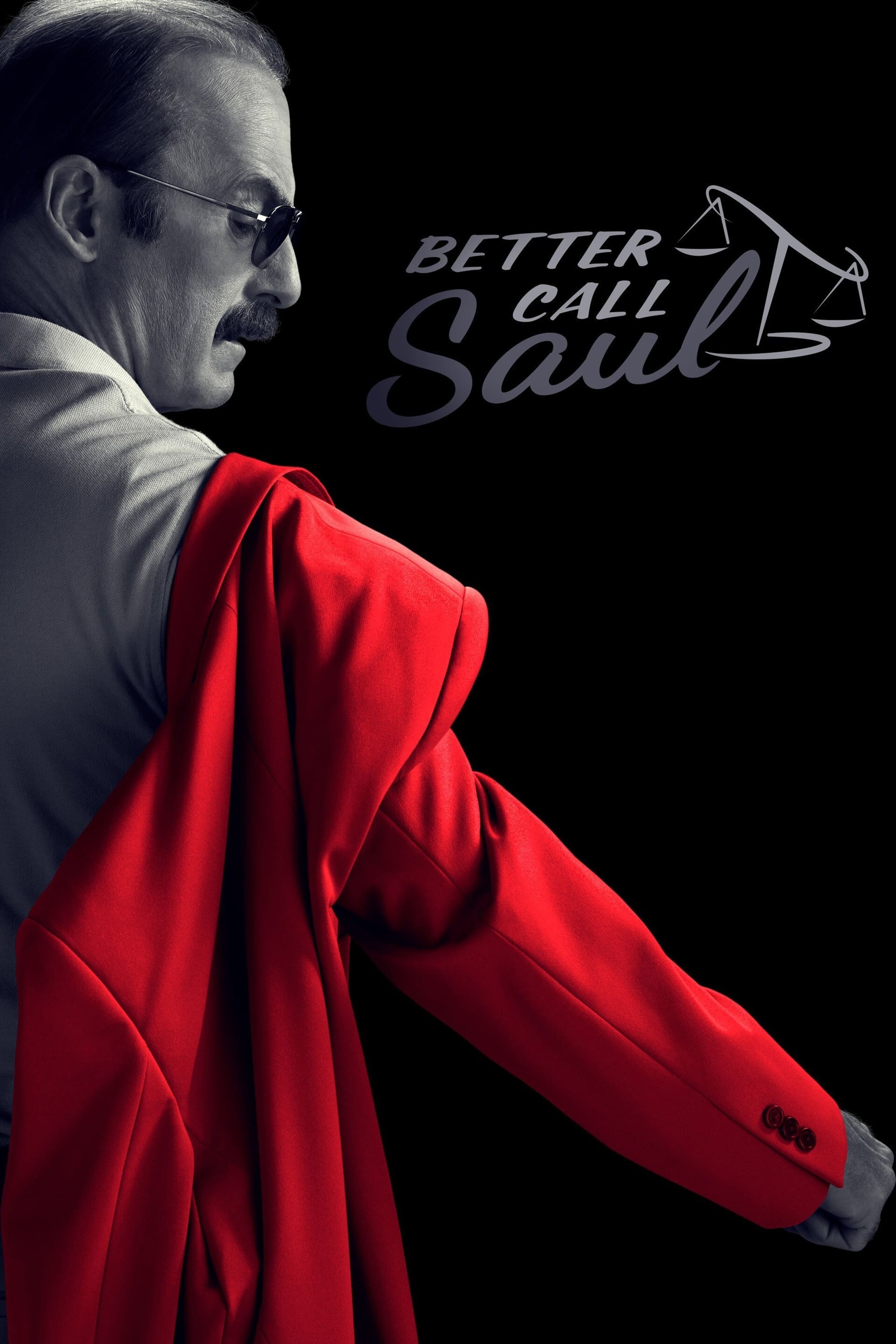 Six years before Saul Goodman meets Walter White. We meet him when the man who will become Saul Goodman is known as Jimmy McGill, a small-time lawyer searching for his destiny, and, more immediately, hustling to make ends meet. Working alongside, and, often, against Jimmy, is “fixer” Mike Ehrmantraut. The series tracks Jimmy’s transformation into Saul Goodman, the man who puts “criminal” in “criminal lawyer".

Bus Passenger in a Poncho

Better Call Saul is an American crime and legal drama television series created by Vince Gilligan and Peter Gould. Part of the Breaking Bad franchise, it is a spin-off from Gilligan's previous series, Breaking Bad (2008–2013), to which it serves as both a prequel and sequel. Better Call Saul premiered on AMC on February 8, 2015, and concluded on August 15, 2022, after six seasons consisting of 63 episodes.

Gilligan and Gould, who wrote the Breaking Bad episode "Better Call Saul", began considering a Saul Goodman spin-off in 2009. Because Saul's role in Breaking Bad had expanded further than the writing staff planned, Gilligan felt he could be explored further. Development began during the production of Breaking Bad's fifth season in 2013, and numerous production staff returned. Gilligan and Gould considered making Better Call Saul a half-hour legal drama featuring Saul and his various clients, but settled on an hour-long tragedy showing how he develops into the character seen in Breaking Bad. Odenkirk, Banks, and Esposito reprise their roles from Breaking Bad, as do many others in guest appearances. Gilligan left the Better Call Saul writing staff early in the third season, making Gould the sole showrunner for the remainder of its run.

Better Call Saul received acclaim, with praise for its acting, characters, writing, direction, and cinematography. Many reviewers considered it a worthy successor to Breaking Bad—some deeming it superior to its predecessor—and one of the greatest television series of all time. It has garnered many awards and nominations, including a Peabody Award, 48 Primetime and Creative Arts Emmy Awards, 19 Writers Guild of America Awards, 20 Critics' Choice Television Awards, nine Screen Actors Guild Awards, and six Golden Globe Awards nominations. At the time of its airing, the series premiere held the record for the highest-rated scripted series premiere in basic cable history.