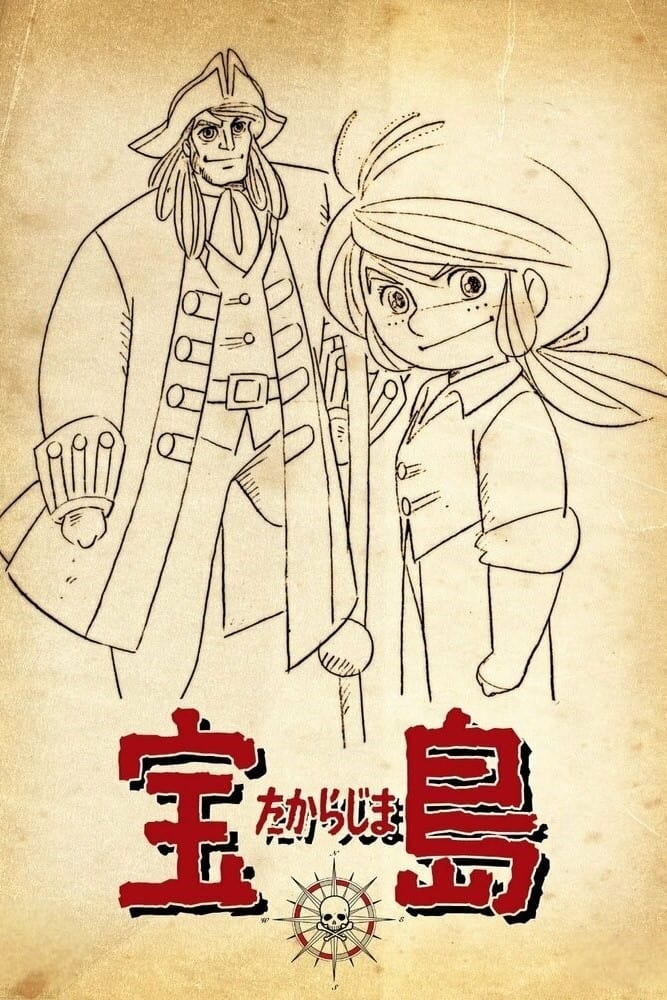 Jim Hawkins is a young boy lead by progressive events to embark on a search journey for the legendary treasure of the once dreaded pirate, Captain Flint. On their way to Treasure Island, John Silver, Jim's best friend, take over command of the ship revealing his true self as the ruthless pirate who once was the right hand of Flint himself. Feeling betrayed, Jim now has to deal with his mixed feelings and face Silver who still consider himself and Jim as friends.

Treasure Island (宝島, Takarajima) is a Japanese anime television series that aired in 1978 and 1979 in Japan and in the mid-1980s in Europe, Mexico, South America & Arab World countries, based on Robert Louis Stevenson's 1883 novel of the same name. In 2013, the 1987 movie compilation was dubbed in English by Bang Zoom! Entertainment and available on the North American Hulu, but has since been removed. However, as of early 2016, TMS has made the compilation movie available to watch on YouTube for free.