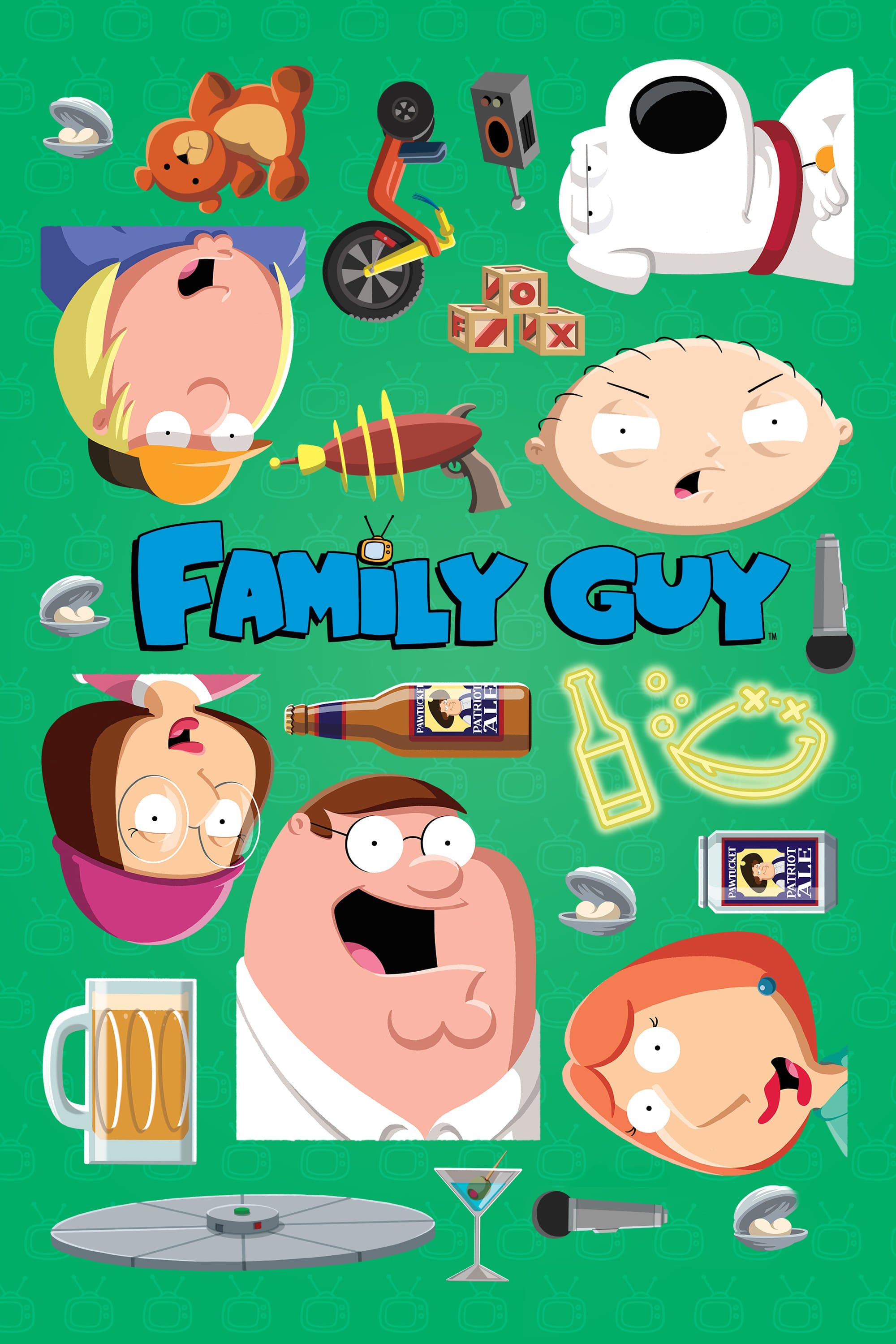 Sick, twisted, politically incorrect and Freakin' Sweet animated series featuring the adventures of the dysfunctional Griffin family. Bumbling Peter and long-suffering Lois have three kids. Stewie (a brilliant but sadistic baby bent on killing his mother and taking over the world), Meg (the oldest, and is the most unpopular girl in town) and Chris (the middle kid, he's not very bright but has a passion for movies). The final member of the family is Brian - a talking dog and much more than a pet, he keeps Stewie in check whilst sipping Martinis and sorting through his own life issues.

Some Guy with a Hat (voice)

Dean of the Secret Order of Dirty Joke Writers (voice)

Billy on the Street (voice)

Family Guy is an American animated sitcom originally conceived and created by Seth MacFarlane for the Fox Broadcasting Company. The show centers around the Griffins, a dysfunctional family consisting of parents Peter and Lois; their children, Meg, Chris, and Stewie; and their anthropomorphic pet dog, Brian. Set in the fictional city of Quahog, Rhode Island, the show exhibits much of its humor in the form of metafictional cutaway gags that often lampoon American culture.

The family was conceived by MacFarlane after developing two animated films, The Life of Larry and Larry & Steve. MacFarlane redesigned the films' protagonist, Larry, and his dog, Steve, and renamed them Peter and Brian, respectively. MacFarlane pitched a seven-minute pilot to Fox in December 1998, and the show was greenlit and began production. Family Guy's cancellation was announced shortly after the third season had aired in 2002, with one unaired episode eventually premiering on Adult Swim in 2003, finishing the series' original run. Favorable DVD sales and high ratings from syndicated reruns since then convinced Fox to revive the show in 2004; a fourth season would begin airing the following year, on May 1, 2005.

Since its premiere, Family Guy has received generally positive reviews. In 2009, it was nominated for a Primetime Emmy Award for Outstanding Comedy Series, the first time an animated series was nominated for the award since The Flintstones in 1961. In 2013, TV Guide ranked Family Guy the ninth Greatest TV Cartoon of All Time. The series has also attracted criticism and controversy.

Many tie-in media based on the show have been released, including Stewie Griffin: The Untold Story, a straight-to-DVD special released in 2005; Family Guy: Live in Vegas, a soundtrack-DVD combo released in 2005, featuring music from the show as well as music created by MacFarlane and Walter Murphy; a video game and pinball machine, released in 2006 and 2007, respectively; since 2005, six books published by Harper Adult; and Laugh It Up, Fuzzball: The Family Guy Trilogy (2010), a collection of three episodes parodying the original Star Wars trilogy. A spin-off series, The Cleveland Show, featuring Cleveland Brown, aired from September 27, 2009, to May 19, 2013. On May 11, 2020, Fox renewed the series for a nineteenth season.On September 23, 2020, Fox announced that the show would continue through a twenty-first season, and was later renewed for seasons 22 and 23 on January 26, 2023. The twenty-first season premiered on September 25, 2022 and includes the show's 400th episode. Currently, 400 episodes of Family Guy have been broadcast.