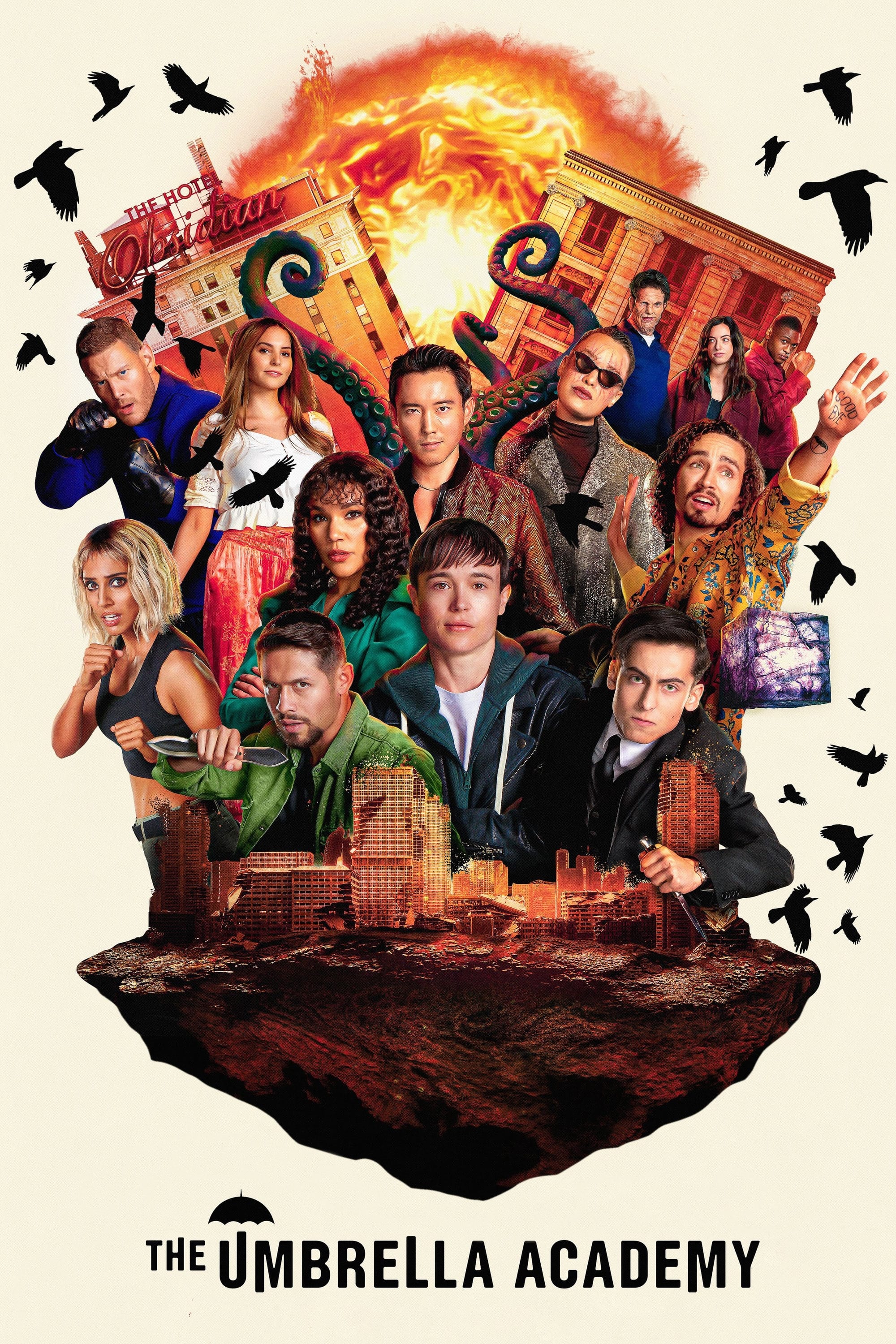 A dysfunctional family of superheroes comes together to solve the mystery of their father's death, the threat of the apocalypse and more.

Currently The Umbrella Academy is available for streaming online, rent, buy or watch for free on: Netflix, Netflix basic with Ads

The Umbrella Academy is an American superhero television series based on the comic book series of the same name written by Gerard Way, illustrated by Gabriel Bá, and published by Dark Horse Comics. Created for Netflix by Steve Blackman and developed by Jeremy Slater, it revolves around a dysfunctional family of adopted sibling superheroes who reunite to solve the mystery of their father's death and the threat of an imminent apocalypse. The series is produced by Borderline Entertainment (season 1–2), Irish Cowboy (season 3), Dark Horse Entertainment, and Universal Content Productions. Netflix gave seasons 1 & 2 a TV-14 rating while season 3 received a TV-MA rating.