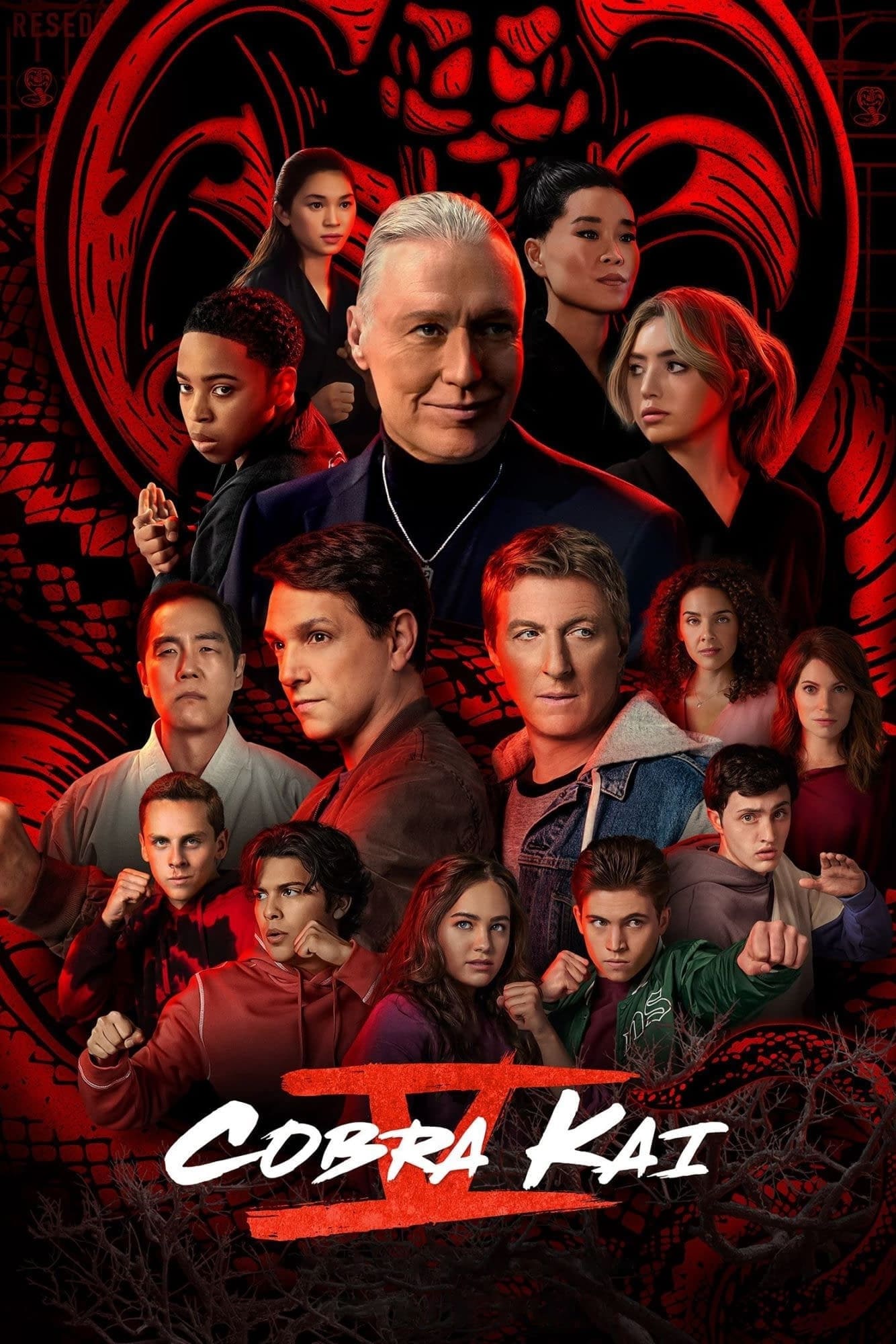 This Karate Kid sequel series picks up 30 years after the events of the 1984 All Valley Karate Tournament and finds Johnny Lawrence on the hunt for redemption by reopening the infamous Cobra Kai karate dojo. This reignites his old rivalry with the successful Daniel LaRusso, who has been working to maintain the balance in his life without mentor Mr. Miyagi.

Tommy / In Memory Of

The first season launched on YouTube Red on May 2, 2018, with a second season following on April 24, 2019. After production of season three was completed, YouTube decided to stop producing scripted original programming, leaving the show without a home. Netflix acquired the series in June 2020, and has helmed production and release of the series since. The third season was released on January 1, 2021. Netflix renewed the series for a fourth season, which was released on December 31, 2021 and a fifth, which was released on September 9, 2022.Cobra Kai begins in the fall of 2017, and re-examines the "Miyagi-Verse" narrative from Johnny's point of view, beginning with his decision to reopen the Cobra Kai karate dojo, and the rekindling of his old rivalry with Daniel. Cobra Kai also stars Courtney Henggeler, Xolo Maridueña, Tanner Buchanan, Mary Mouser, Jacob Bertrand, Gianni DeCenzo, Peyton List, Vanessa Rubio and Dallas Dupree Young, with Martin Kove and Thomas Ian Griffith also reprising their roles from the films.

The series attained high viewership on both YouTube and Netflix, and has received critical acclaim for its writing, performances, action sequences, humor, character development, and homage to the previous films. It has received numerous awards and nominations, with the third season being nominated for Outstanding Comedy Series at the 73rd Primetime Emmy Awards.